The Correct Way to Hang a Picture

Martinez knows a thing or two about DIY. With his business degree, he created a name for himself in the Fresno area flipping houses. He has the passion to DIY and the knowledge to know when to call in an expert. Martinez won’t sugar-coat the home renovation process, but will give you the proper knowledge and motivation.

Hanging a framed picture is a DIY that almost anyone can do. With just a few simple tools, blank walls can become a homey space and show off your taste and personality. Like anything, there’s a right and a not-so-right way to do the task. Before you pick up that hammer and put permanent holes in your walls, make sure you have the correct hanging hardware and have measured the picture and the space to decide where it will look best. 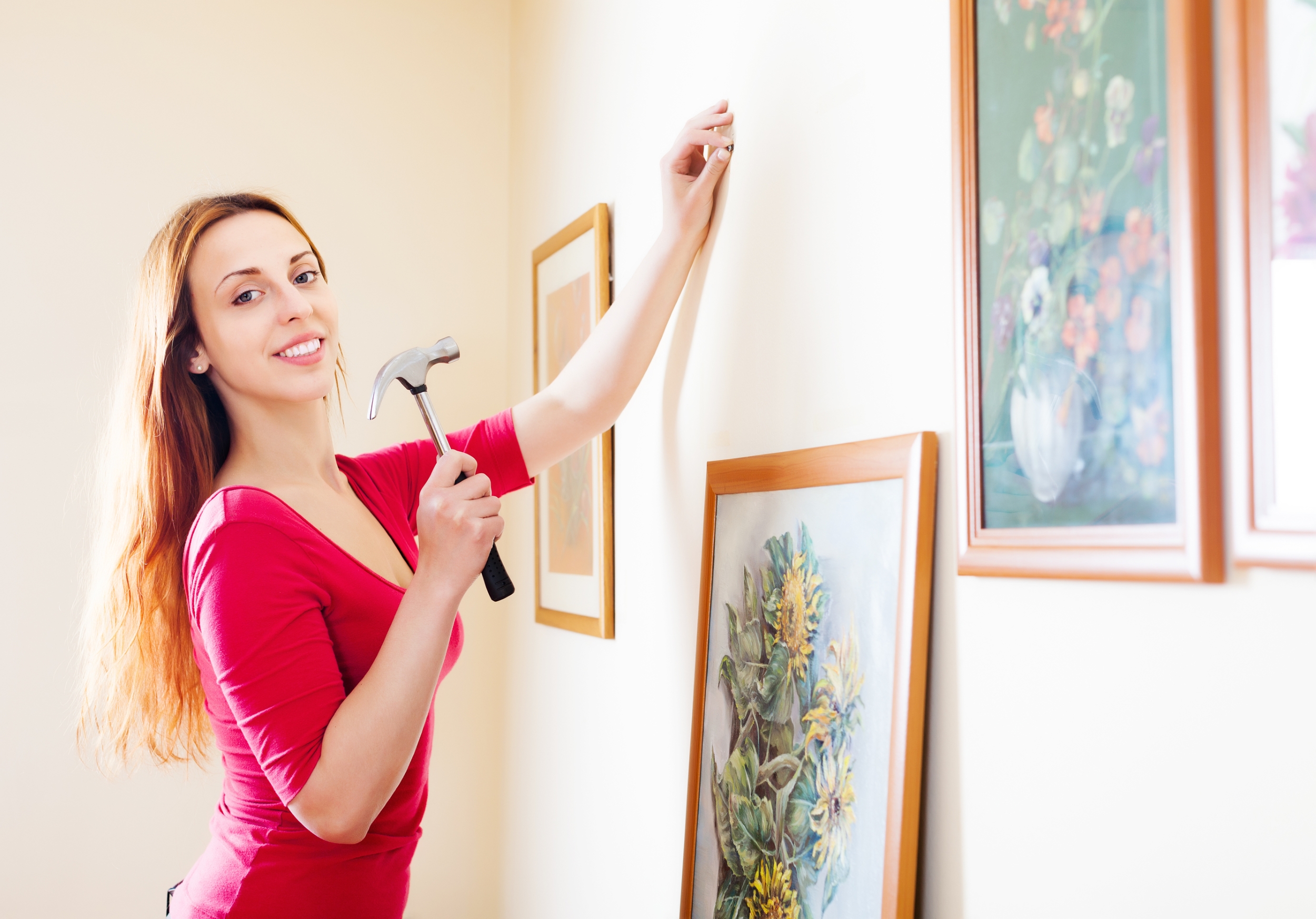 There’s nothing more boring than a blank wall. Pictures are a great way to add color and life to a room, but you don’t want to hang them just anywhere. If you can recruit a friend, have them hold the picture on the wall so you can take several steps back and see if it works there. If there’s furniture in the room, you might want to center the picture over a couch or chair. Pictures should be hung at eye level, which means the center of the picture should be 57 to 60 inches from the floor. You should leave 3 to 6 inches between the bottom of a picture and a couch and 4 to 8 inches above a tabletop. Try to keep pictures out of direct sunlight. 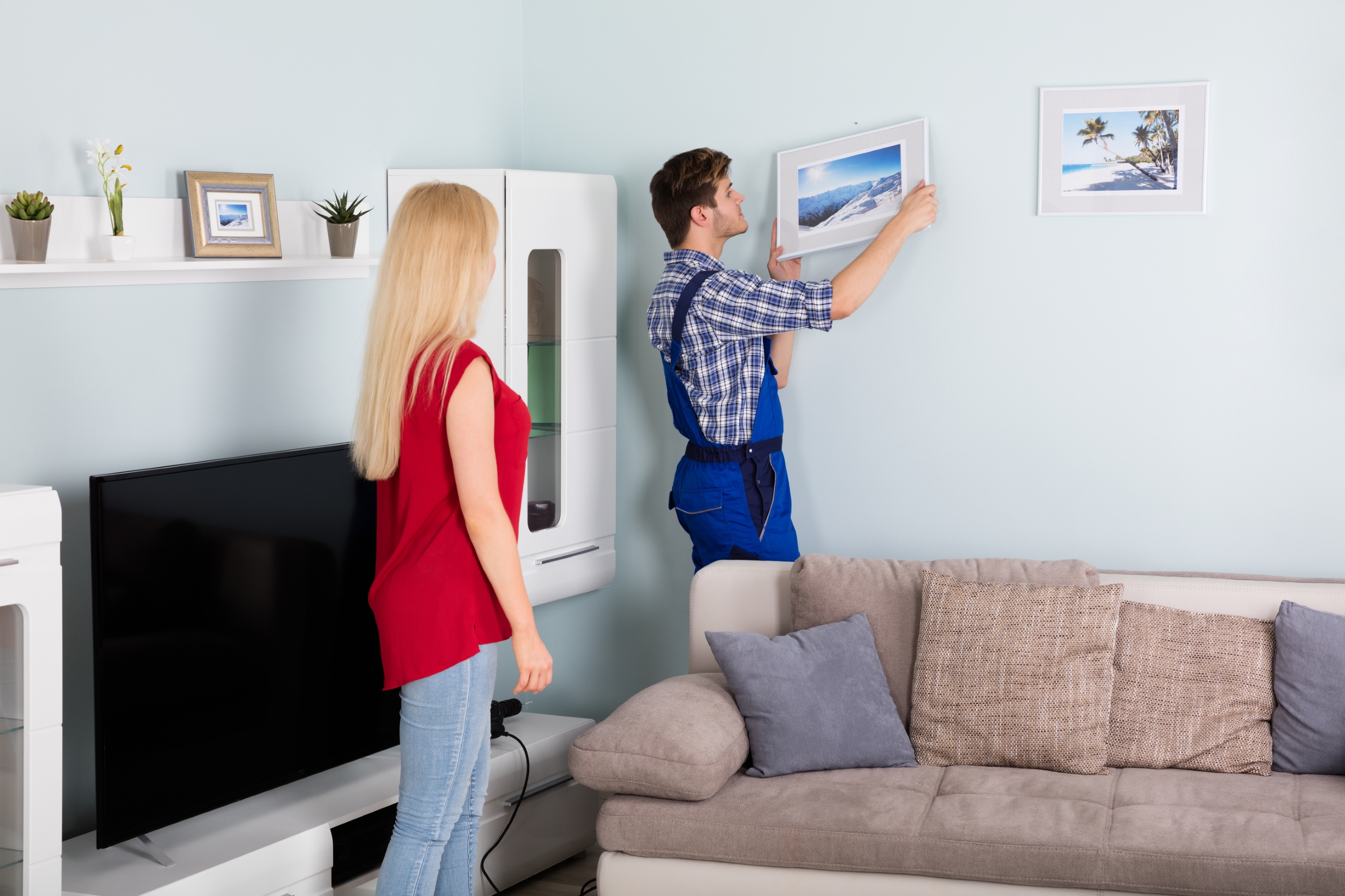 If hanging several pictures, decide if you want the tops to be level, staggered, centered, or some other arrangement. You can make paper or cardboard templates the same size as the pictures and move them around until you find an order you like. Use painter’s tape to attach any templates to the wall. Don’t use common masking or clear tape as it may remove the paint from the wall. 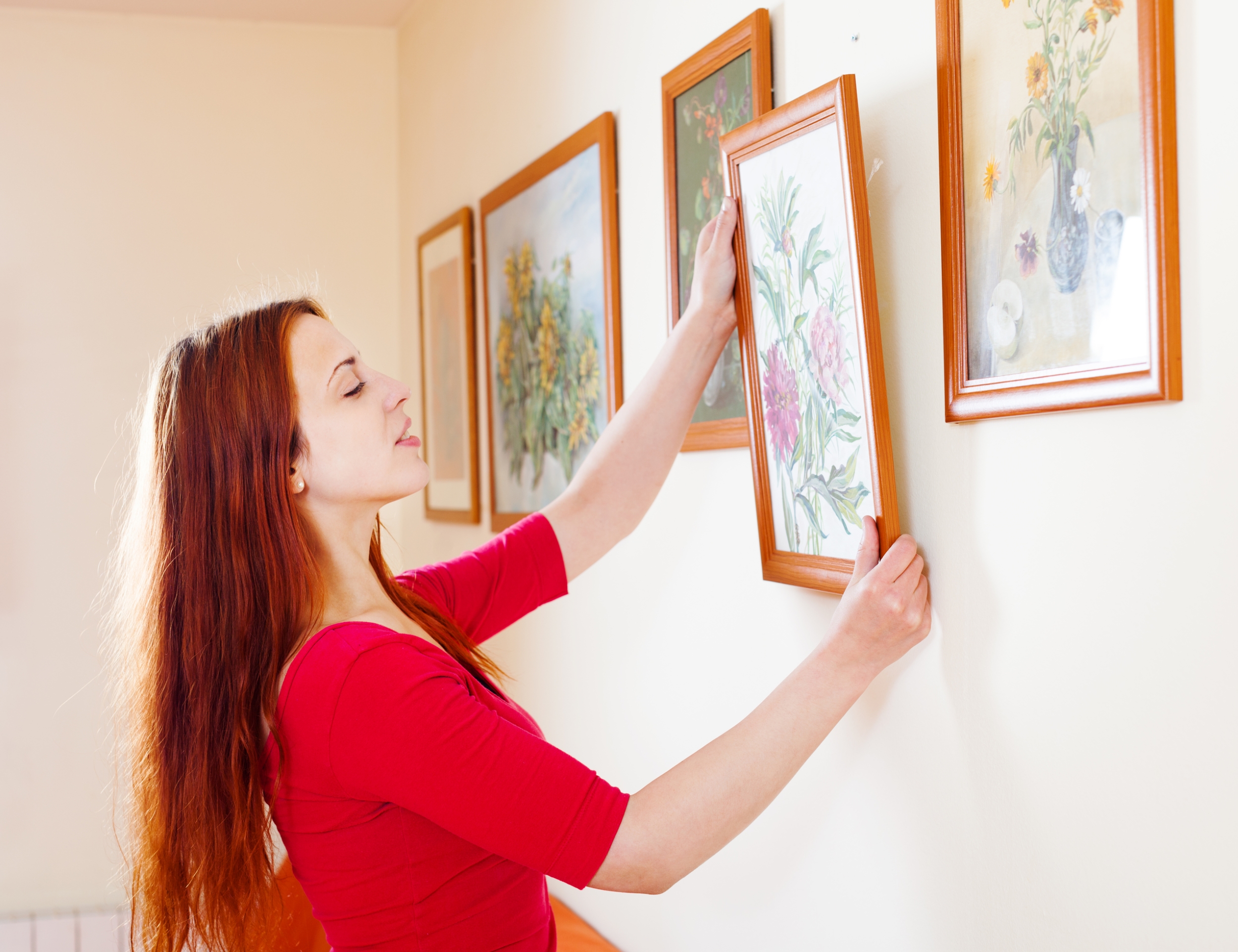 Groups of pictures look best in hallways, stairways, bedrooms, and family rooms. Large, single pictures work best over sofas and beds. Try to avoid grouping too many pictures together as it can make a house feel cluttered. 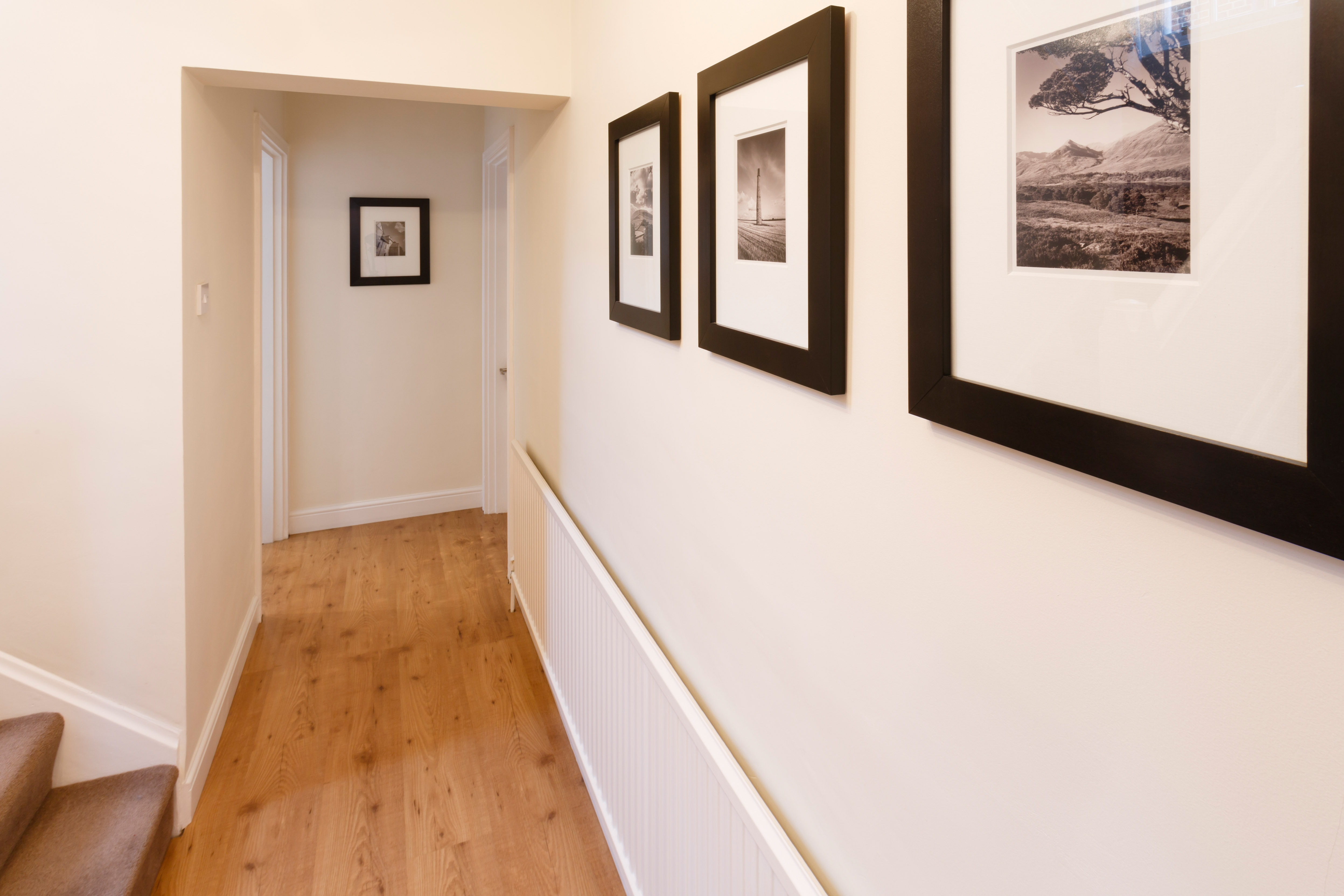 Depending on the weight of the picture, it’s a good idea to hang it where there’s a stud. This tip applies to both drywall and plaster walls. If you have a stud finder, locate the stud nearest to where you want to hang the picture. If you don’t have a stud finder, you can try the “knock” method. Knock lightly on the wall to see if you can hear where a stud is located. An area with no stud will sound hollow. An area with a stud will sound more solid. Practice on an area where you know there’s a stud to become familiar with the sound. Outlets and switches are usually attached to studs. 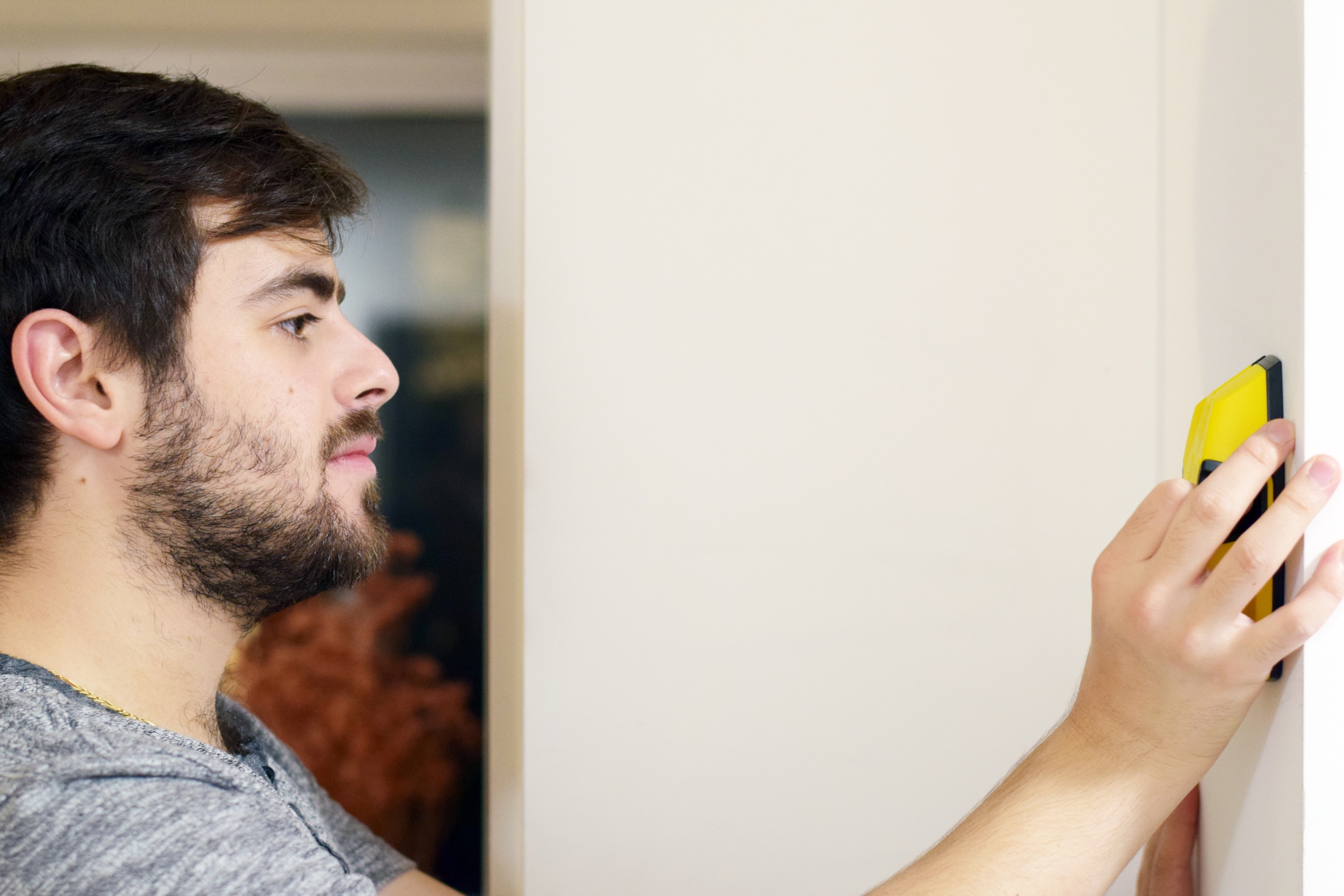 Now that the most important part of picture hanging is out of the way, it’s time to mark where the picture will go. Have a friend hold the picture in place and run a strip of painter’s tape on the wall with the bottom edge of the tape even with the top of the frame. Make two marks on the tape that shows the width of the frame. 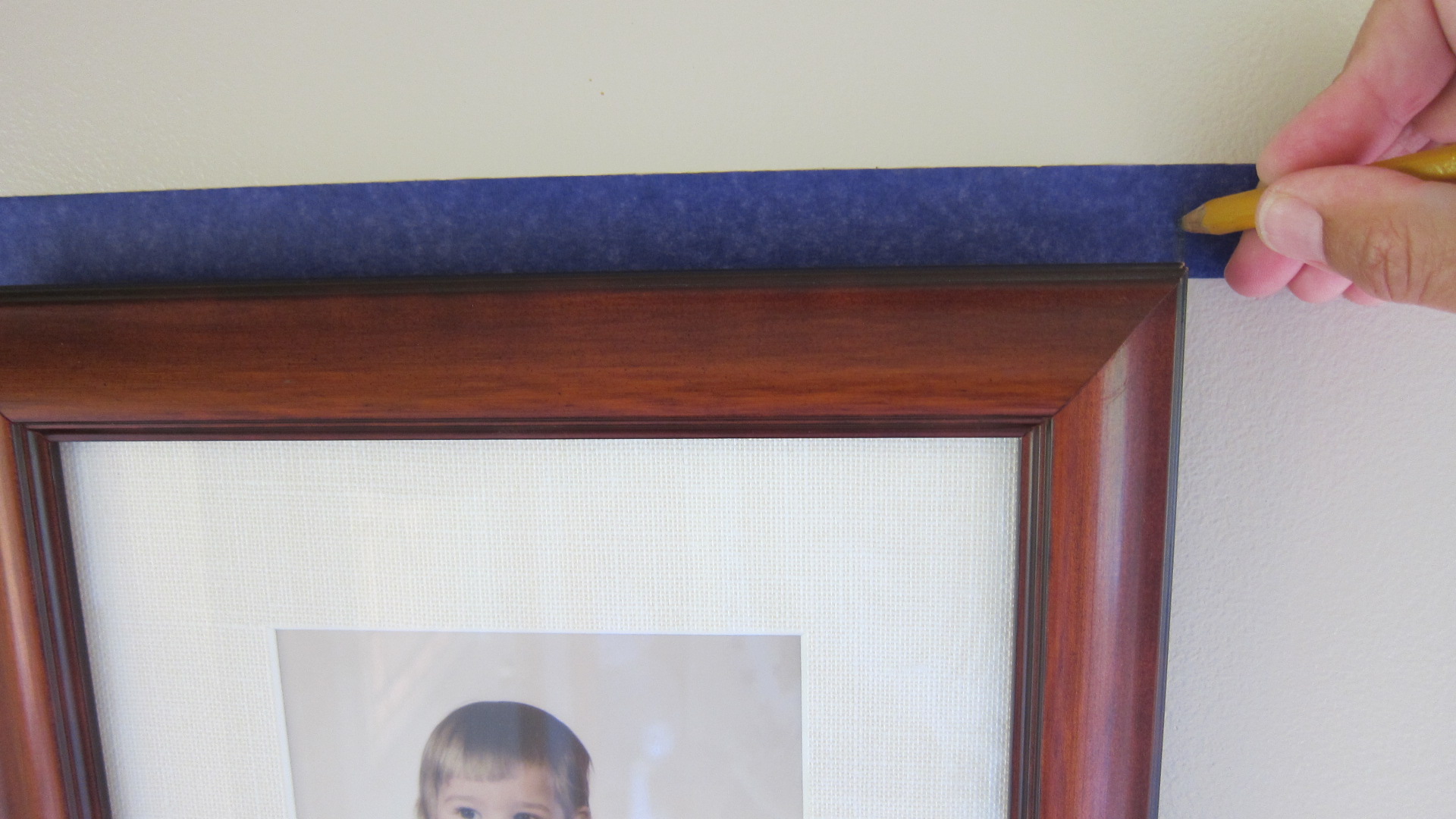 Take the picture down and turn it over. Place it on a soft surface such as a bed or a carpet. Measure from the top of the frame to the point where the picture will hang. Be sure to pull the wire tight. 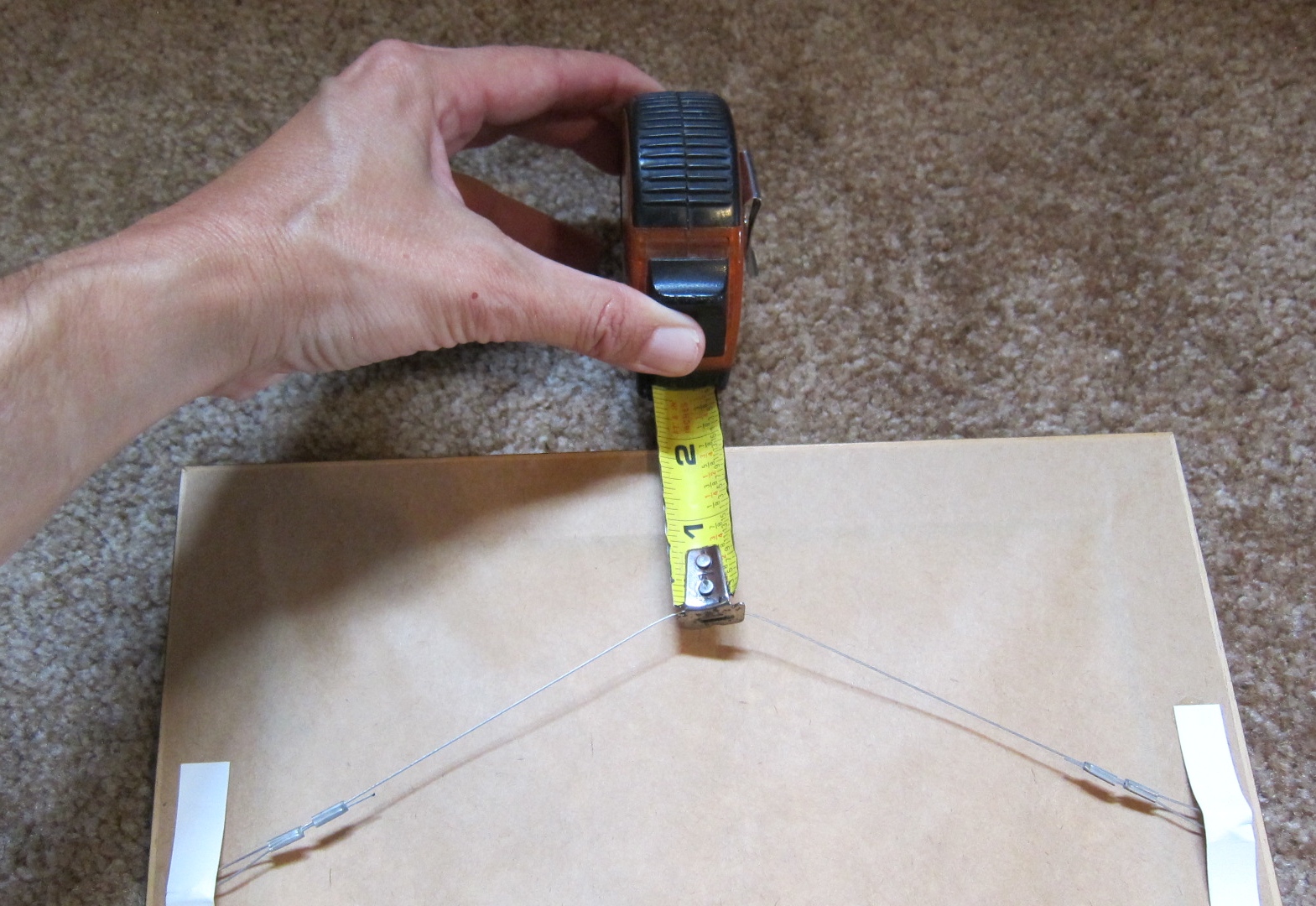 For pictures with sawtooth hangers, D-rings, notches, or some other kind of hanging device, measure down from the top of the frame to the spot where the picture will hang. 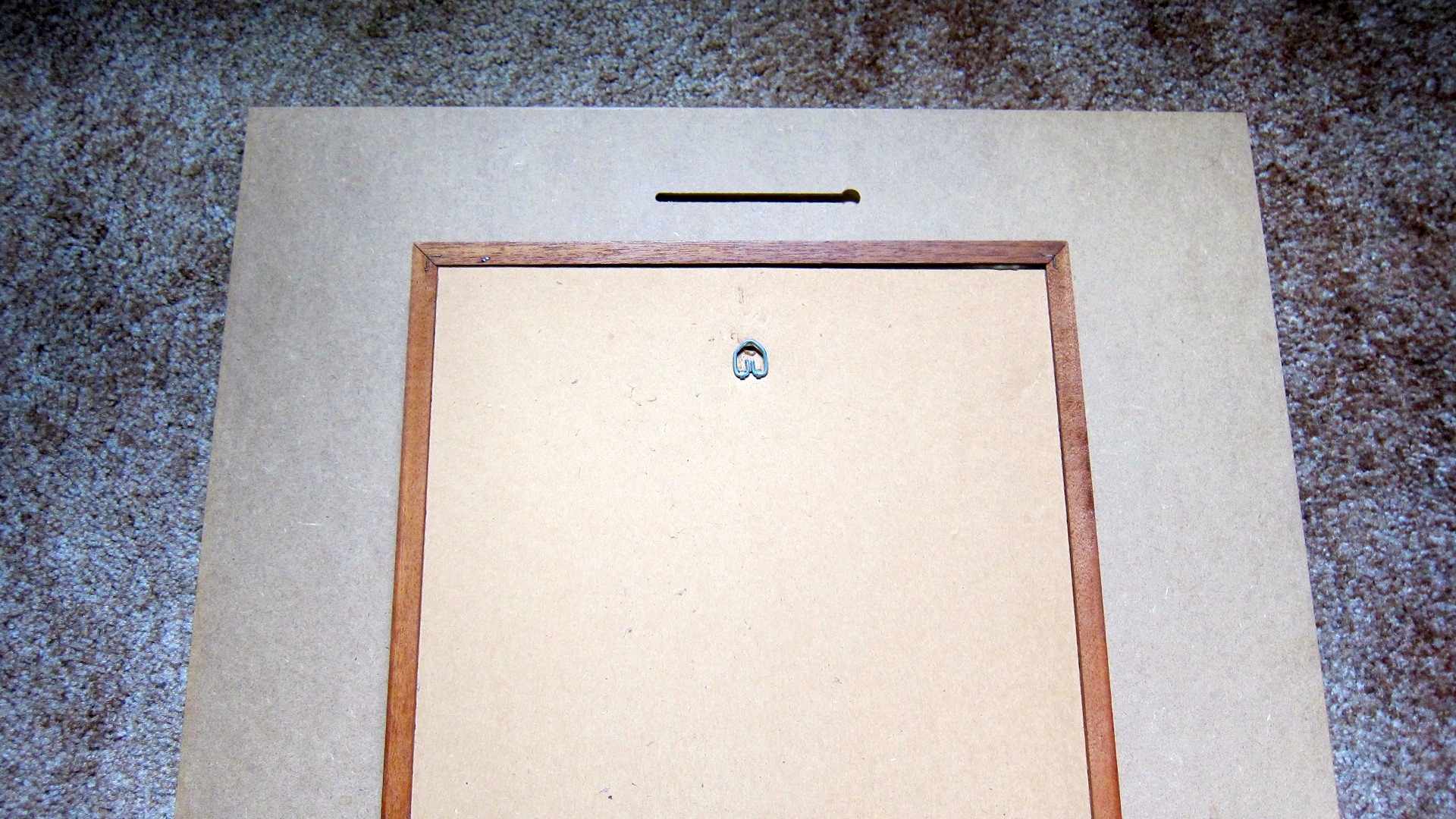 Go to the wall and find the halfway point between the two marks on the tape that show the width of the frame. Measure down from this point and make a mark that will indicate where your hanger will need to go. 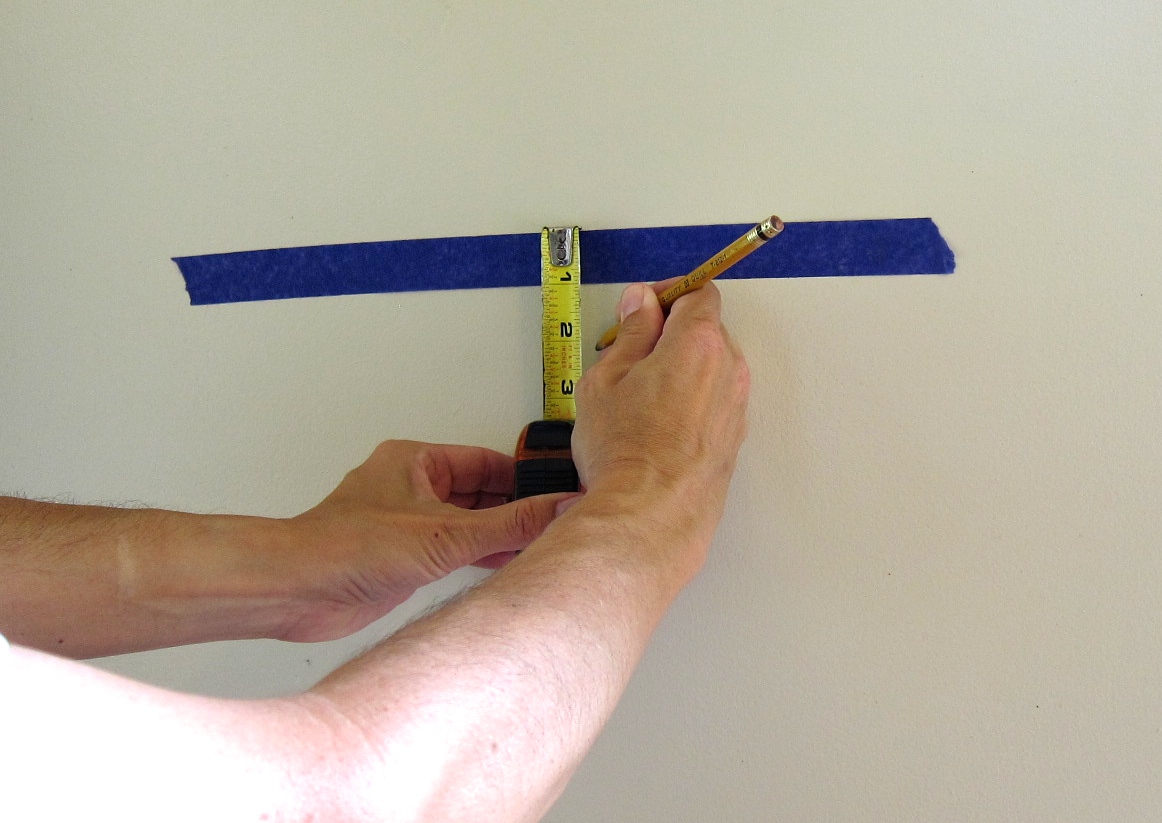 If using framing hooks to hang the picture, you will need to subtract the length of the hook. The hook is located below the nail, and your picture will hang slightly lower than you measured if you don’t subtract the hook. 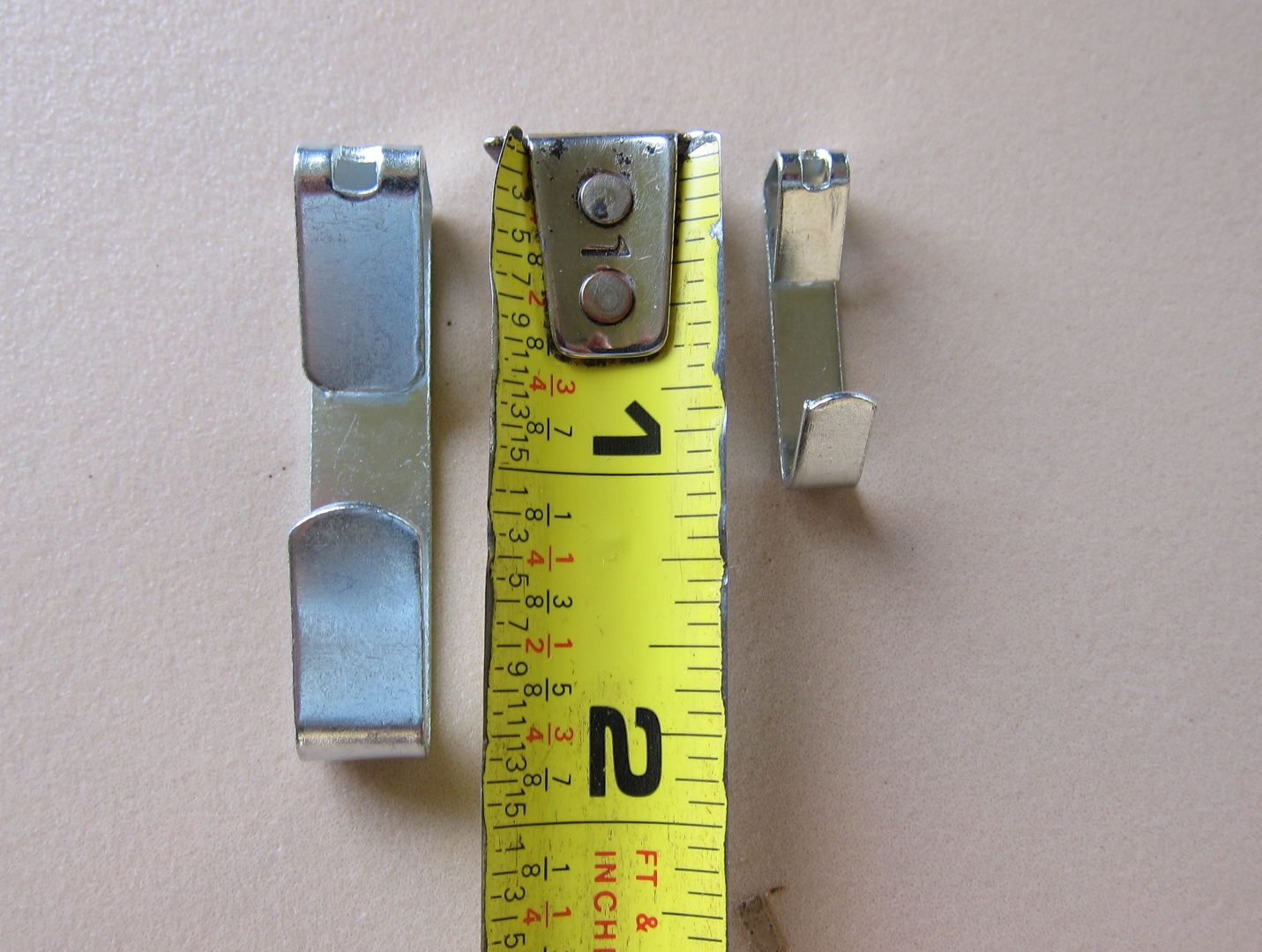 Before you put a hole in the wall, you need to determine what hardware you should use to hang your picture. The correct type of hardware is dependent on several factors: 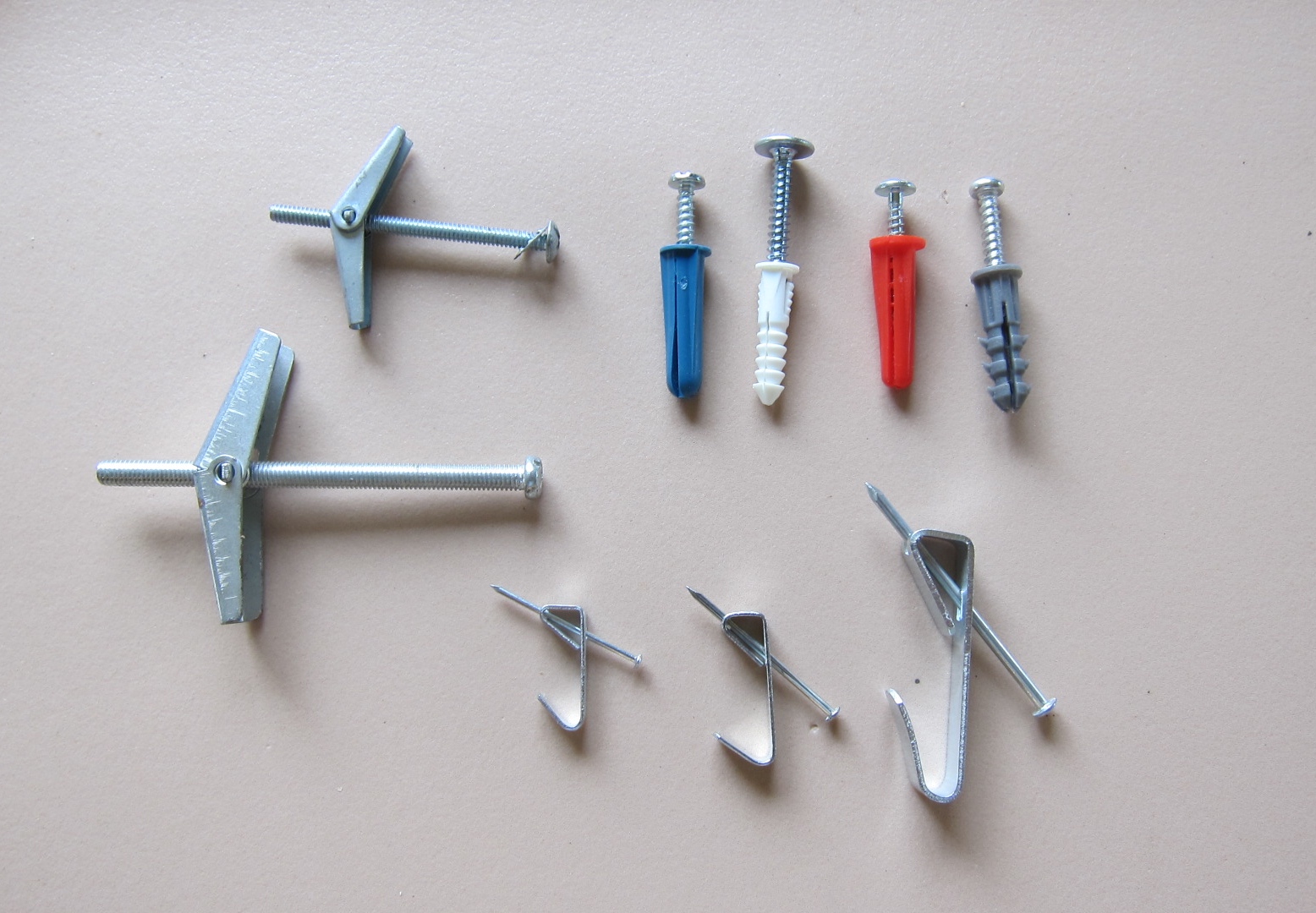 Picture hanging hooks work best for lightweight pictures with wire on the back. For pictures with sawtooth and D-ring hangers, a screw with a wide head is acceptable. Try to avoid using nails unless that’s all you have. Nails can bend and are difficult to remove if you decide to do something else with your walls. If the hanging hardware is going into a stud or a wooden wall, then any hanging device that can support the weight of the picture will do. 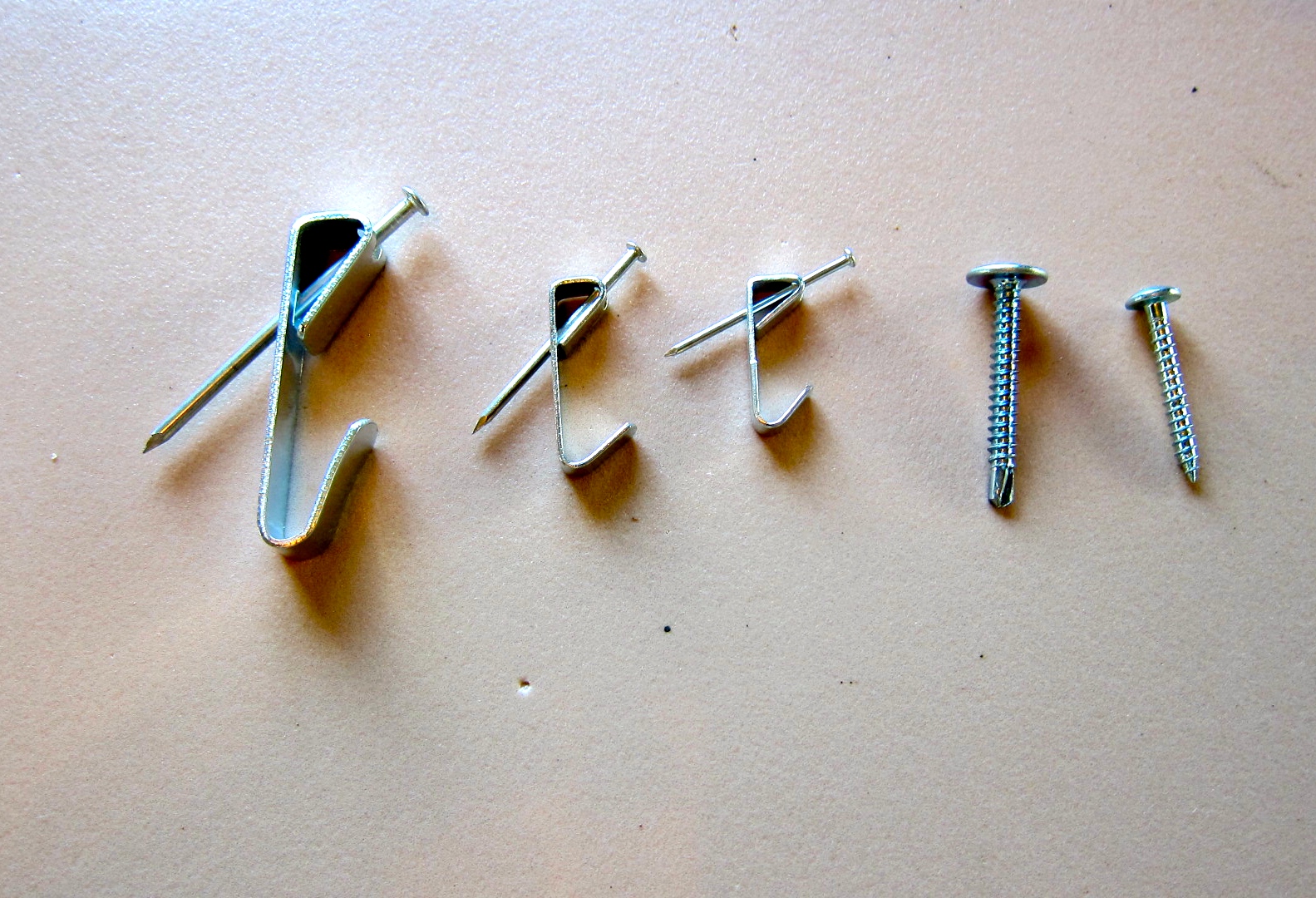 If a stud in not available, you will need to use a wall anchor to hold a heavy picture on drywall and plaster walls. Too much weight on hardware driven into drywall alone can result in the hardware pulling loose and damaging the wall and the picture as it crashes to the floor. 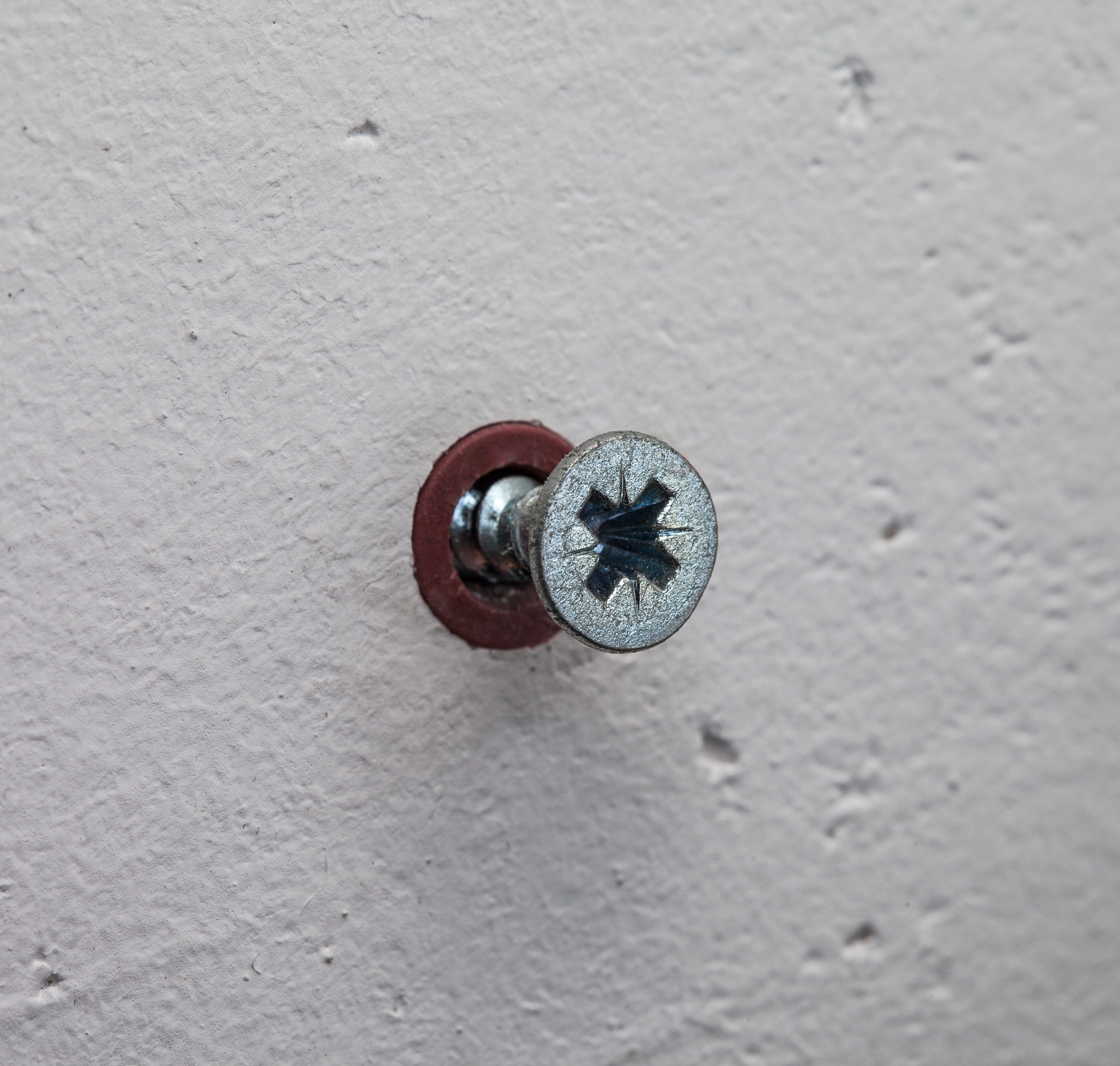 Time to Make Some Holes

Now that you’ve chosen the appropriate hardware for your picture, find your spot on the wall. For standard picture hangers, center the nail over the mark and gently tap the nail into the wall. Tap a little harder if driving it into a stud. For wood and plaster walls, drill a small pilot hole to avoid splits and cracks. If installing a wall anchor into drywall, drill a hole slightly smaller than the size of the anchor and gently tap the anchor into the wall. You can then put a screw into the anchor. Toggle bolts are another option. Drill a small hole and push the “wings” of the bolt through the hole. Turn the screw until there’s just enough length left to hang the picture. 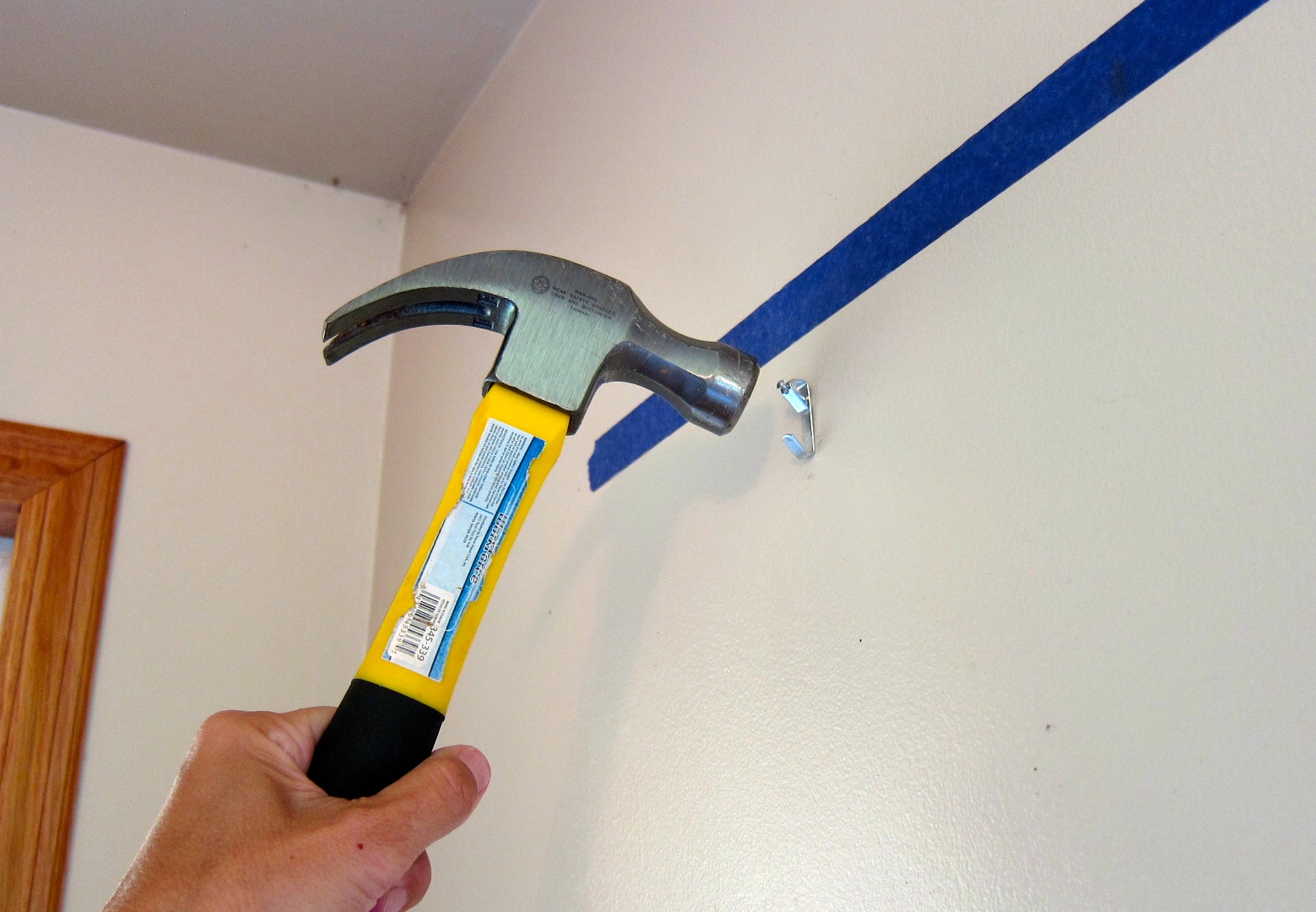 For brick and concrete walls, you will need a special masonry bit to drill a hole. You can then hammer in a masonry nail (not recommended) or use a plastic anchor and a screw (recommended). 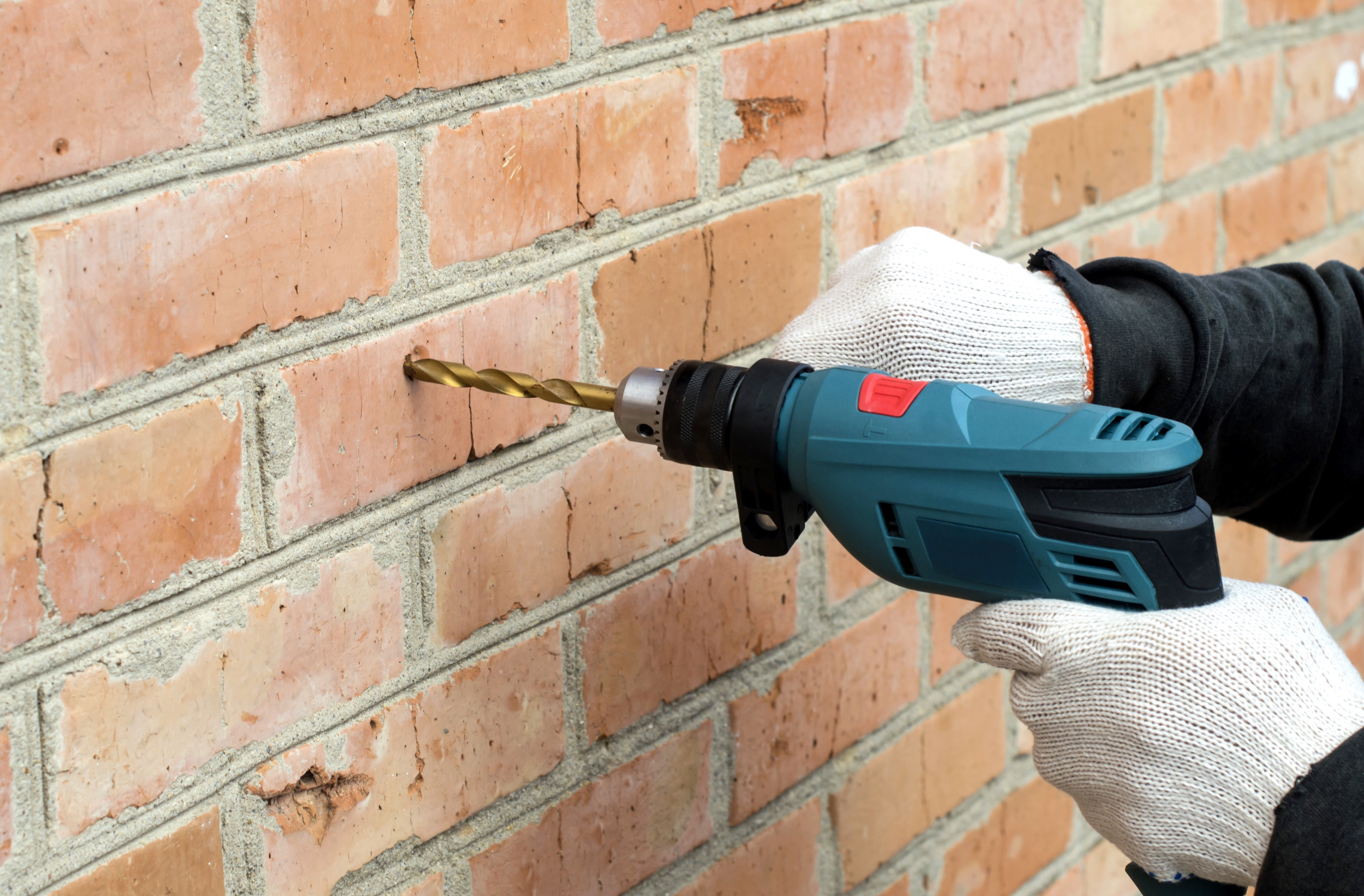 Hang your picture on the hanger. Use a level to make sure it’s sitting straight. Remove the painter’s tape from the wall, step back, and admire your picture. 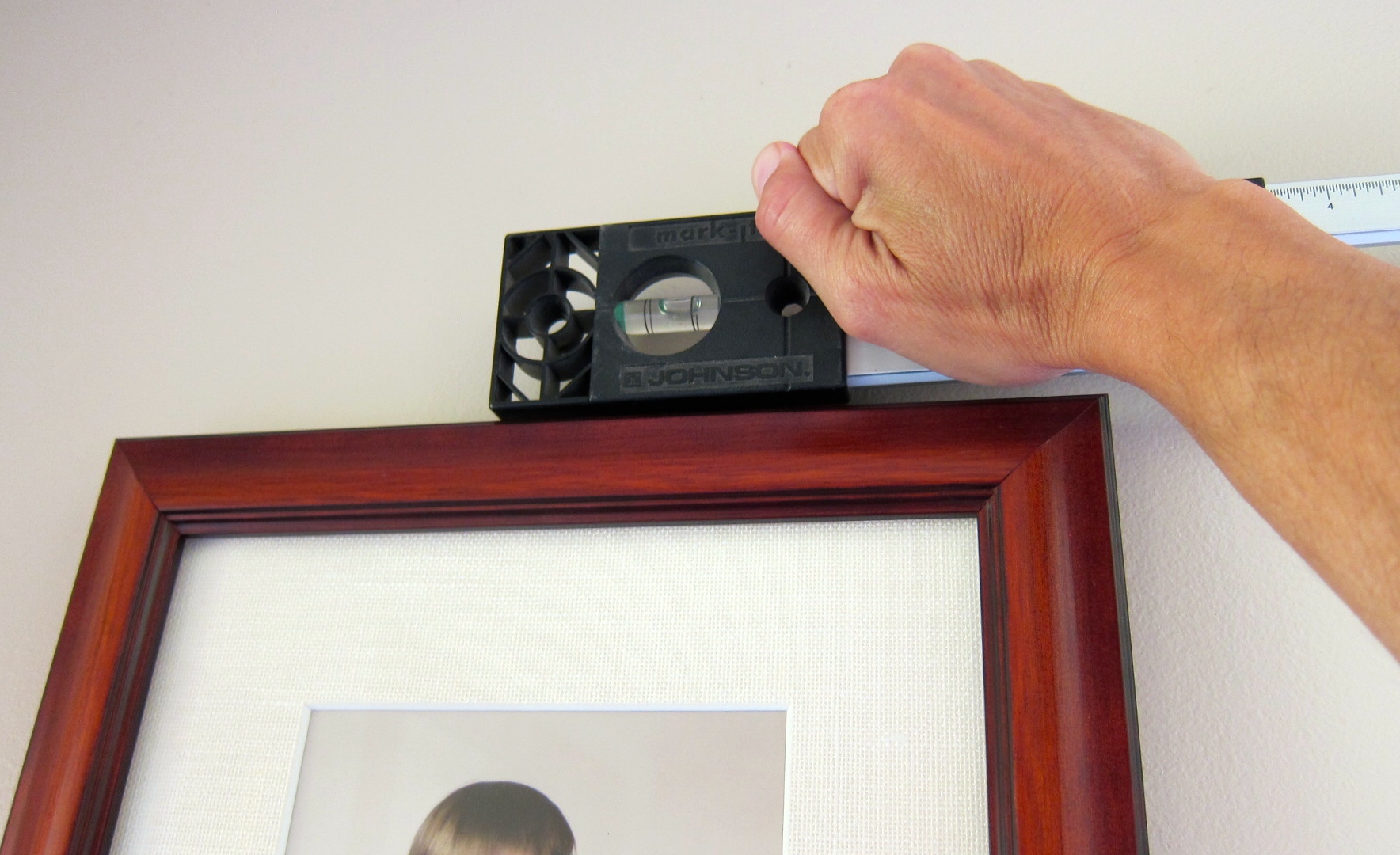 If the back of your picture does not have rubber bumpers, you can buy some at any craft or hardware store and stick them on the lower corners on the back of the frame. The bumpers will keep the picture from making marks on the wall and keep it level. 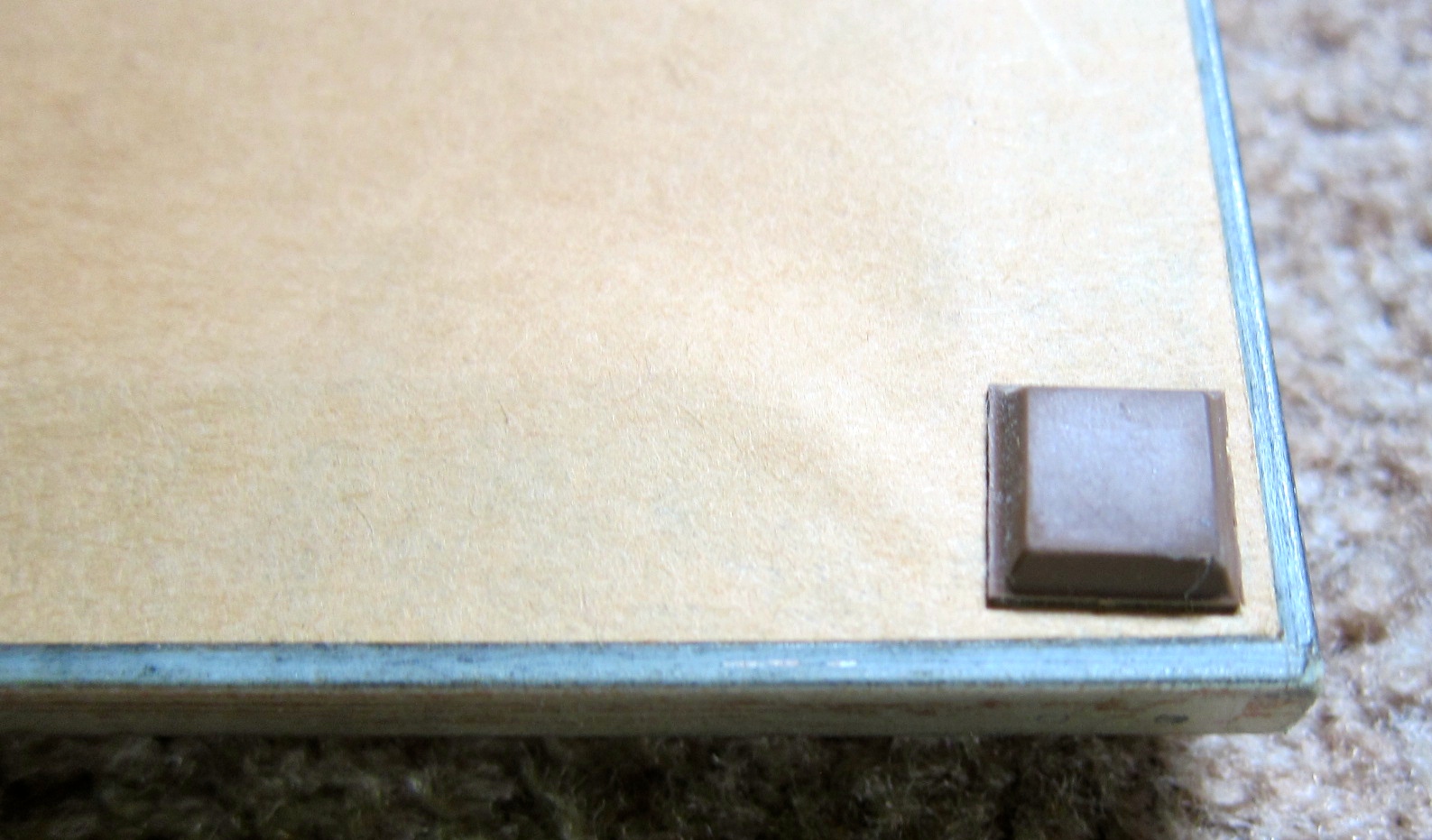 Hanging a picture and having it look good does require a little bit of planning and patience, but once it’s done and up, you’ll be happy you took the time to do it right. 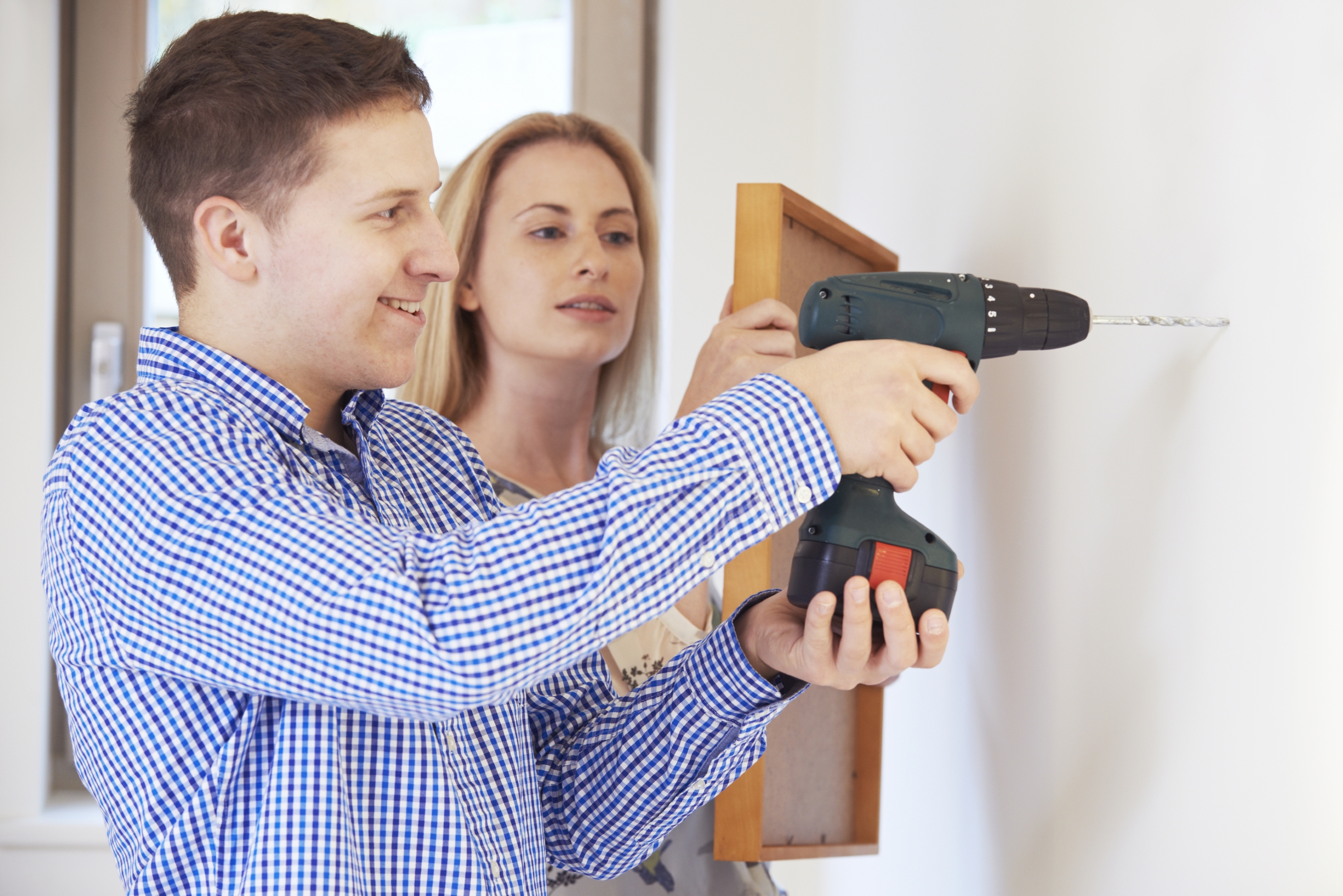