Natural disasters often come without warning, but you can still plan ahead for them. The most important thing to know before a natural disaster strikes is where the safest places are in your home. After all, it doesn’t matter how much food, water, blankets, and fuel you have stashed away if you’re putting yourself in a dangerous location. But keep in mind that a safe location for one disaster may be entirely unsafe for another.

Tornado winds can reach speeds over 300 MPH. While a smaller tornado may only break a few tree branches, the fastest tornados toss refrigerators around like paper. The dangerous winds make flying debris your biggest safety challenge during a tornado, so the safest place to be in a twister is somewhere you won’t be exposed to the weather and flying debris, such as an innermost room with no windows. Staying away from windows is vital because flying glass shards can cause serious harm. You’ll also need to get to ground level or below, if possible. The basement is an ideal location, but when given the choice between an exposed ground area and a higher-level inner room with a lot of cover, choose the location with the least amount of exposure. Bathrooms also tend to withstand tornado damage better than other rooms because of the pipes in the walls that add more structural support.

Avoid being near heavy objects that could fall on you, and if possible, protect yourself from flying debris by siting beneath something stable, such as a mattress, a sturdy workbench, or the basement stairs. Also, be aware of the objects on the level above you since they could drop through the floor. 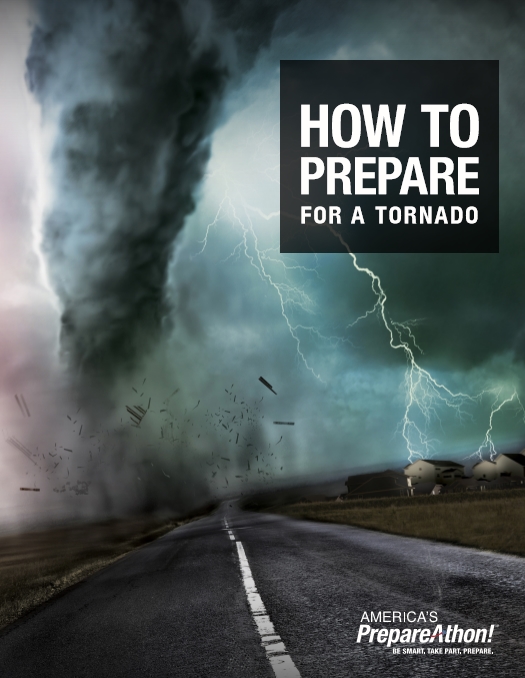 Hurricanes are wicked creatures because they can also cause both tornados and floods. Like in a tornado, you’ll want to seek shelter in the basement of your house. If you don’t have a basement, go to the innermost room in your house that’s free of windows. The ideal areas would be closets and bathrooms. Then guard yourself against debris by hiding under or behind sturdy furniture. 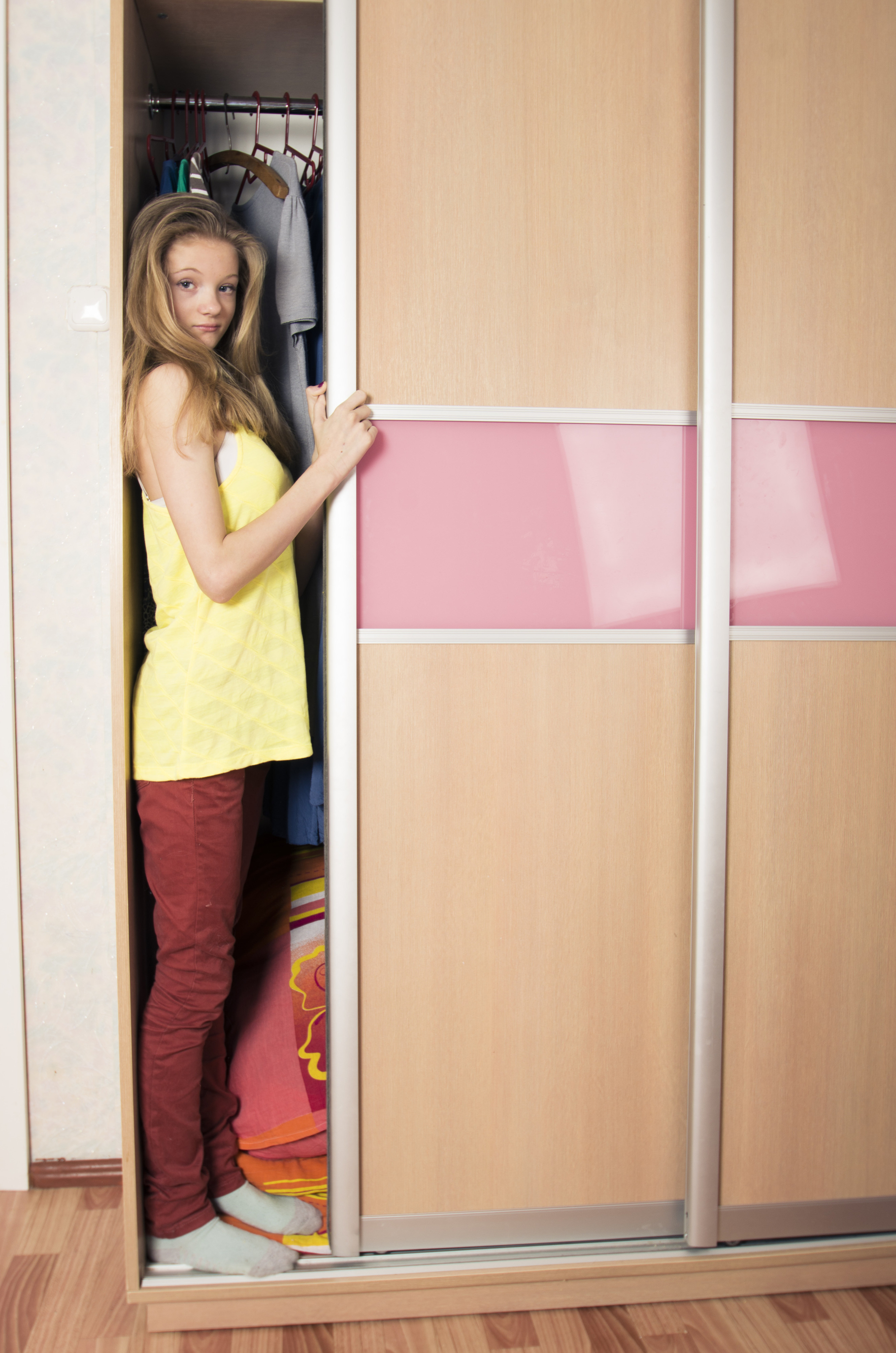 Photo by CarMan on Alamy

Flooding is the most common natural disaster in the United States. Stay tuned to weather reports and keep a wary eye on rising water levels, especially if you live in a flood zone. When water rises, the safest place in your home will also be the highest. So, wait out the storm in the highest level of your house, and in a worst-case scenario, you may need to climb onto the roof. If you have a small watercraft that can be easily transported to the upper floors, bring it with you because it could provide you with transportation in a long-lasting flood. However, don’t attempt to retrieve the watercraft if doing so will put you in danger. 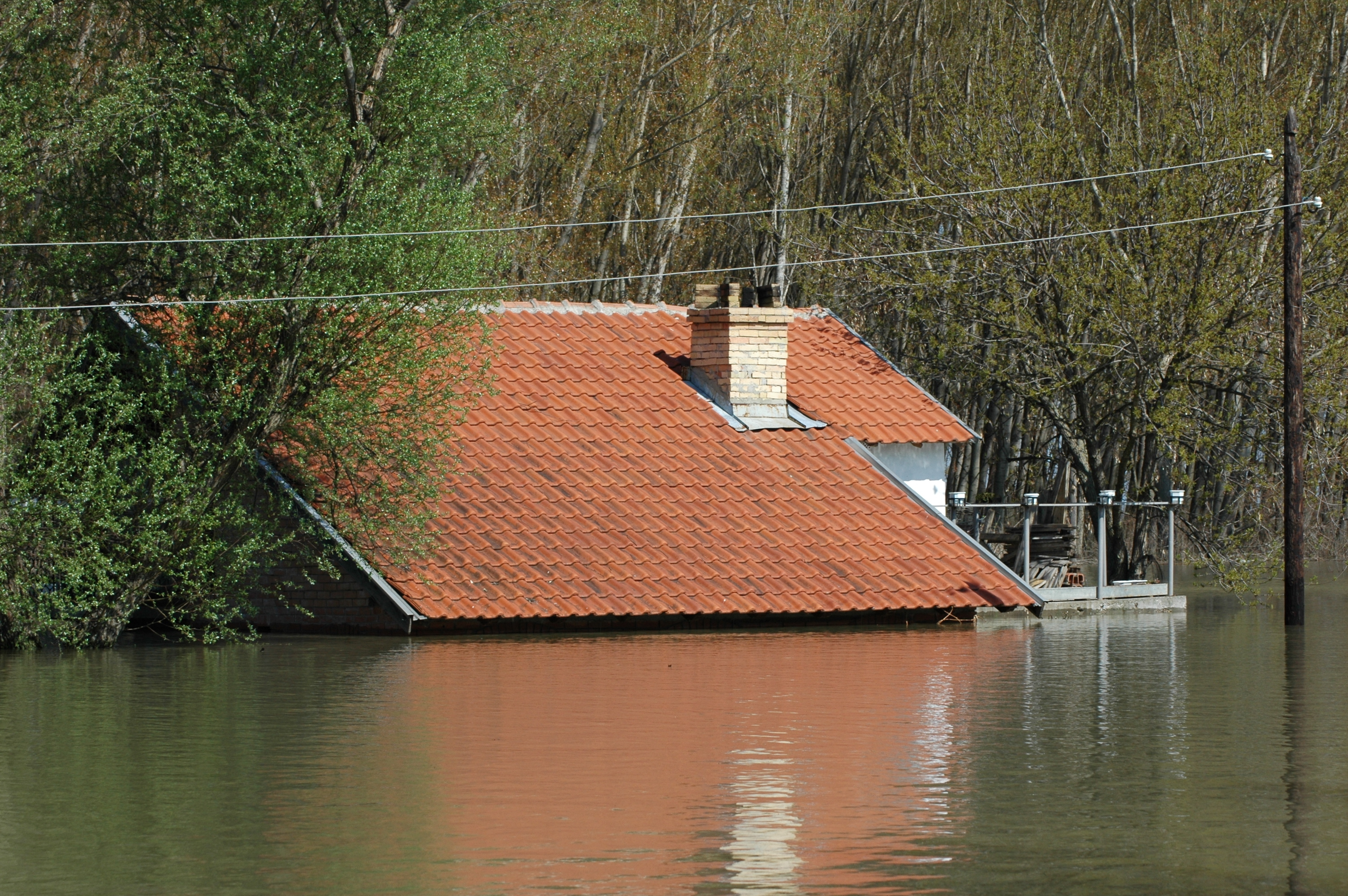 Photo by Zoran Mijatov on Dreamstime

Fires are not always natural disasters, but they are always dangerous. In the event of a housefire, the best location to be is outside your house, of course. Create an emergency escape plan with your family so that each person knows the best paths out of the home and where to meet each other outside. 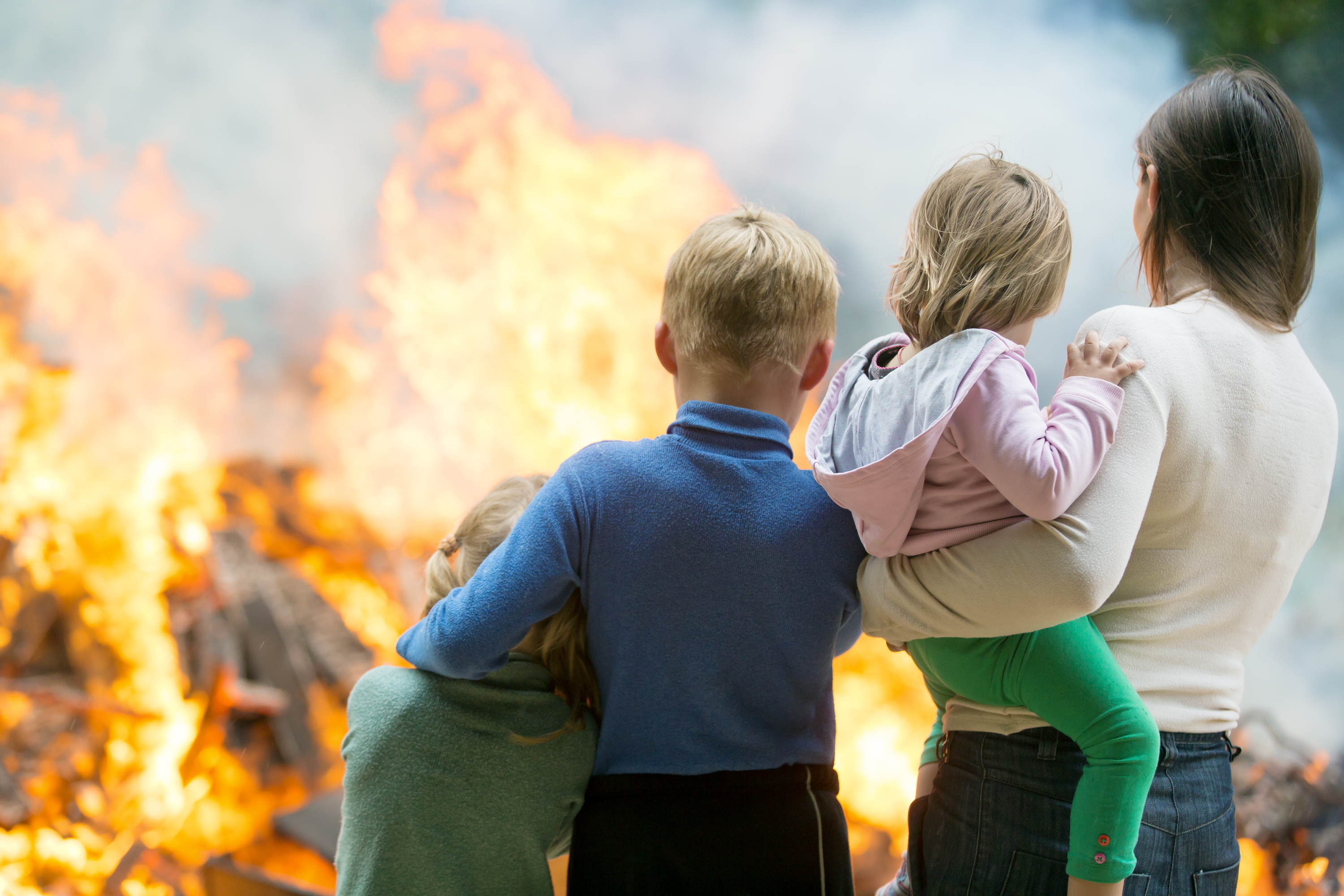 When exiting the house, stay close to the ground to avoid inhaling smoke as much as possible, and feel doors before opening them to know if the path ahead is safe. The most effective method for checking doors is to feel around with the back of your hand. That way, if the back (rather than the front) of your hand is burned, your ability to crawl away and escape will not be impaired. Feel around for heat at the top of the door, the handle, and the crack between the door and frame. If you feel an unusual amount of heat in any of these areas, there’s likely to be fire on the other side, so take an alternate route if available.

If the door is about room temperature or cooler, proceed carefully. Then, after you’re safely out of the house, do a headcount to ensure everyone made it out, and call the fire department. You may also need to notify your neighbors of the fire, especially if their homes are close to yours and are in danger of catching fire as well. 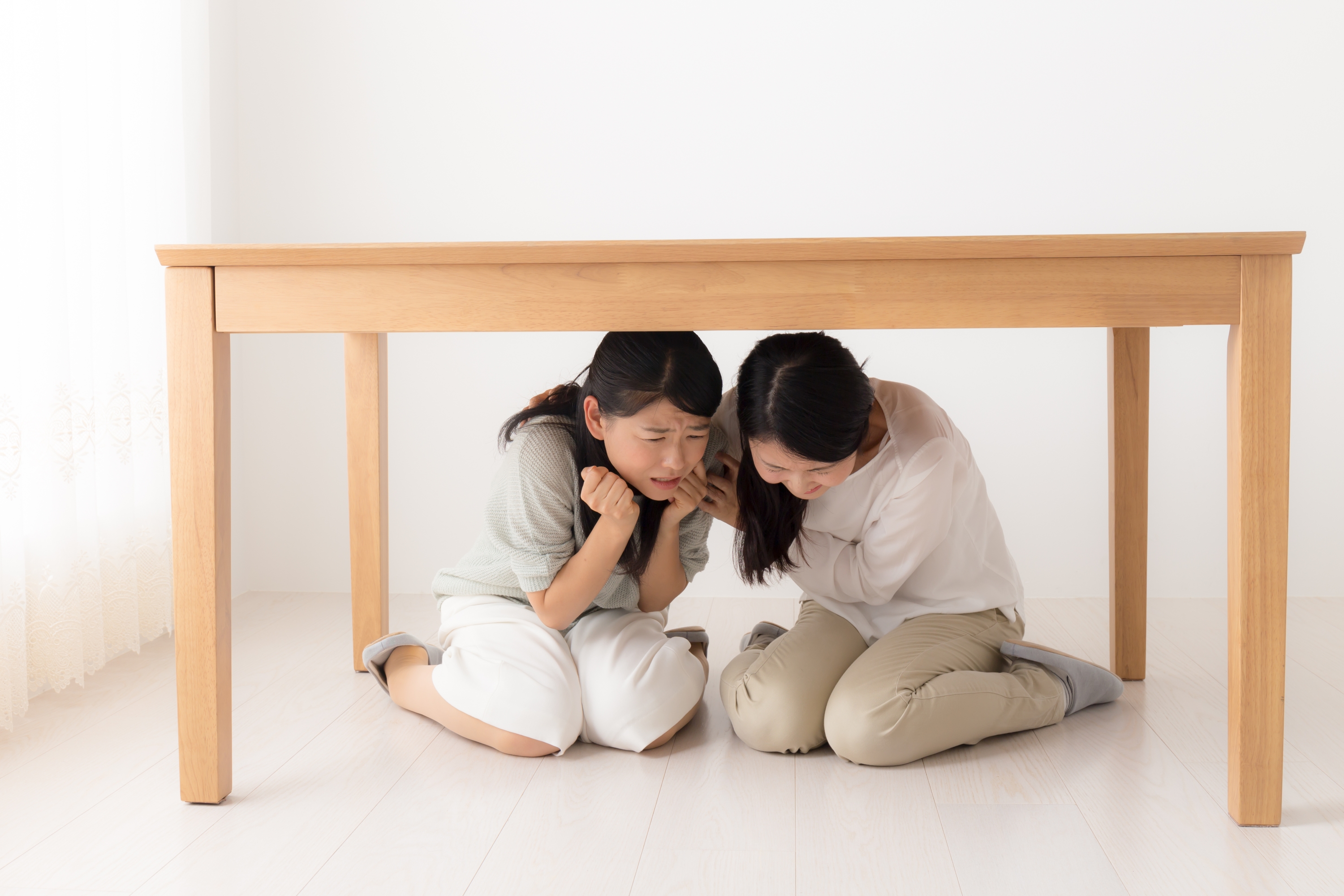 Photo by polkadot_photo on Shutterstock

When the ground starts shaking, experts recommend that you use the “drop, cover, and hold on” method. First, you drop to the ground because this will give you more stability and maneuverability. Second, cover your neck and head with one arm while you maneuver your way under the nearest table. Third, hold on to the table with one hand until the shaking stops.

Preparing beforehand for any disaster situation could save lives and reduce stress. Make a plan for each situation and create a designated area for safety supplies. You can even turn safety into a fun family activity as you all gather snacks, entertainment, and other supplies to keep you safe and sound during an emergency. 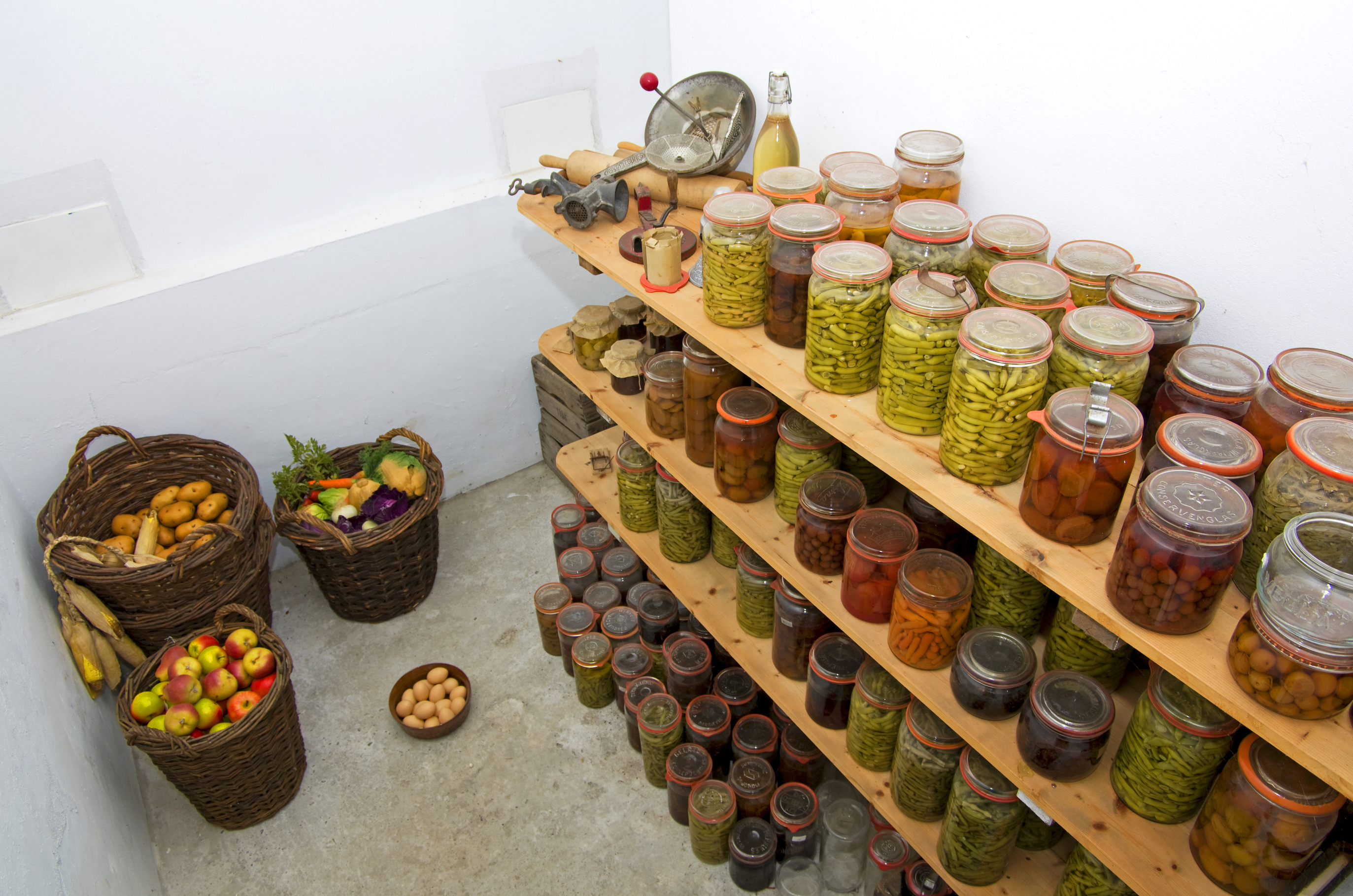 Photo by Antares614 on Shutterstock