Ceramic gnomes have been burrowing, pick-axing, and wheel-barrowing their way through gardens for years. Originally brought over by British and German immigrants in the early 20th century, the little men became a staple of European-inspired American gardens of the 1970s and early 1980s. Earthy and rustic, gnomes can tie together diverse colors in a flower patch, or embellish a simple rock garden with color and personality.

Although many gardeners have turned to fairies and brighter, bolder plants in the new millennium, the garden gnome still holds his ground, even making a significant comeback in recent years. Could your garden benefit from a gnome makeover? Here are a few fun gnome facts if you're thinking about welcoming them into your garden. 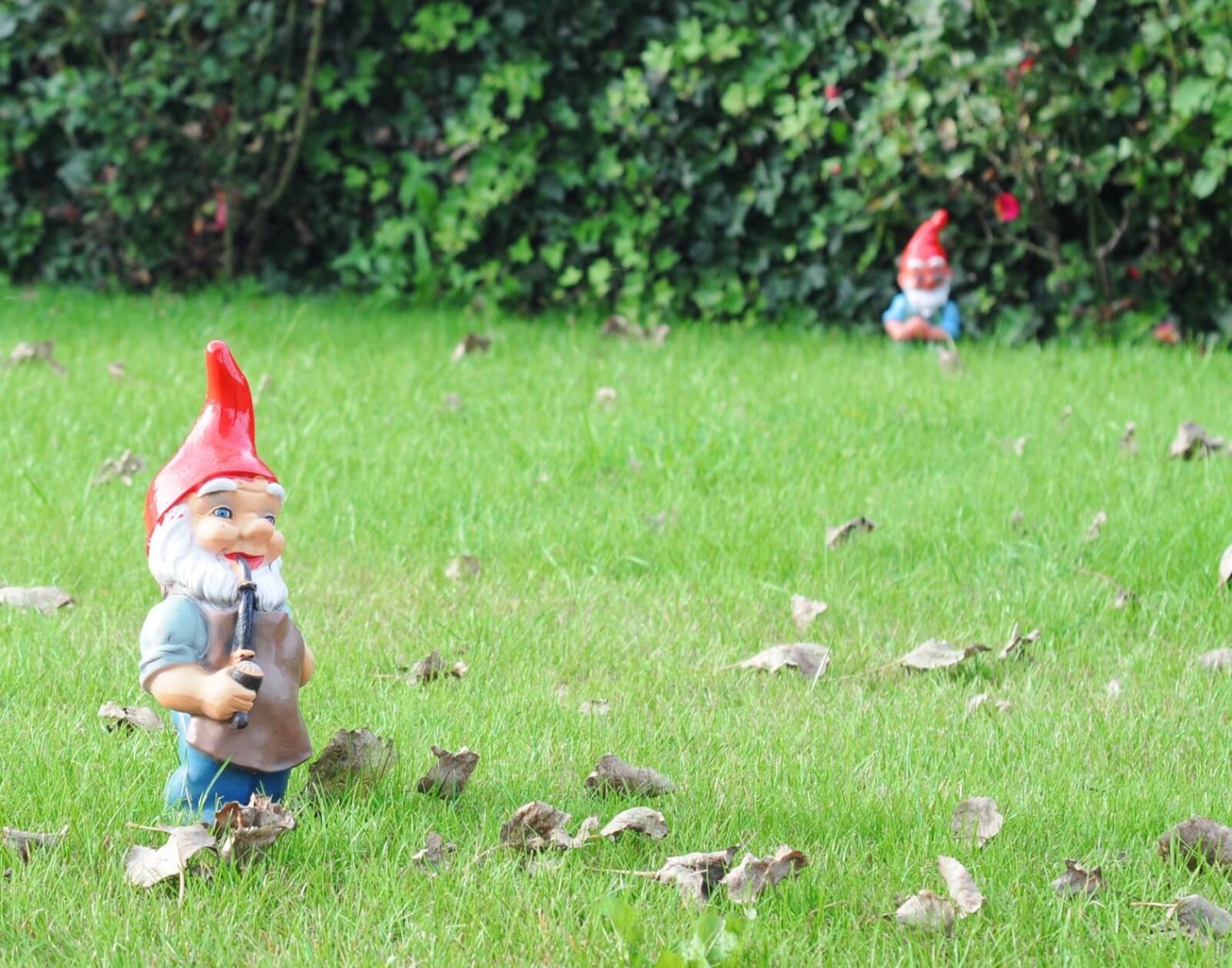 Photo by Annavee on Shutterstock

First created by Phillip Griebel, a German terracotta sculptor, the first garden gnomes were inspired by mythological earth-dwelling spirits often believed to be protecting buried treasure. In fact, the link between garden gnomes and superstition was quite strong early on. Legend had it that if a gnome should ever be caught above ground during the day, he could turn to stone. Turning this myth on its head, many German laymen in the mid-1800s held the belief that placing gnomes in their garden would bring them wealth.

The garden gnome remained a purely German enterprise until 1847 when Sir Charles Isham, captivated by these new "gartenzwerge" (garden dwarves) of Germany, brought 21 of the sculptures home with him to England. It was in England that the word "gnome" emerged, probably coined by high-end magazines advertising "gnomen-figuren" (miniature figurines) importable from German manufacturers. These gnomes of England also took on a more whimsical character, their pointy hats and burly beards growing less mystical and more playful in a different cultural context. 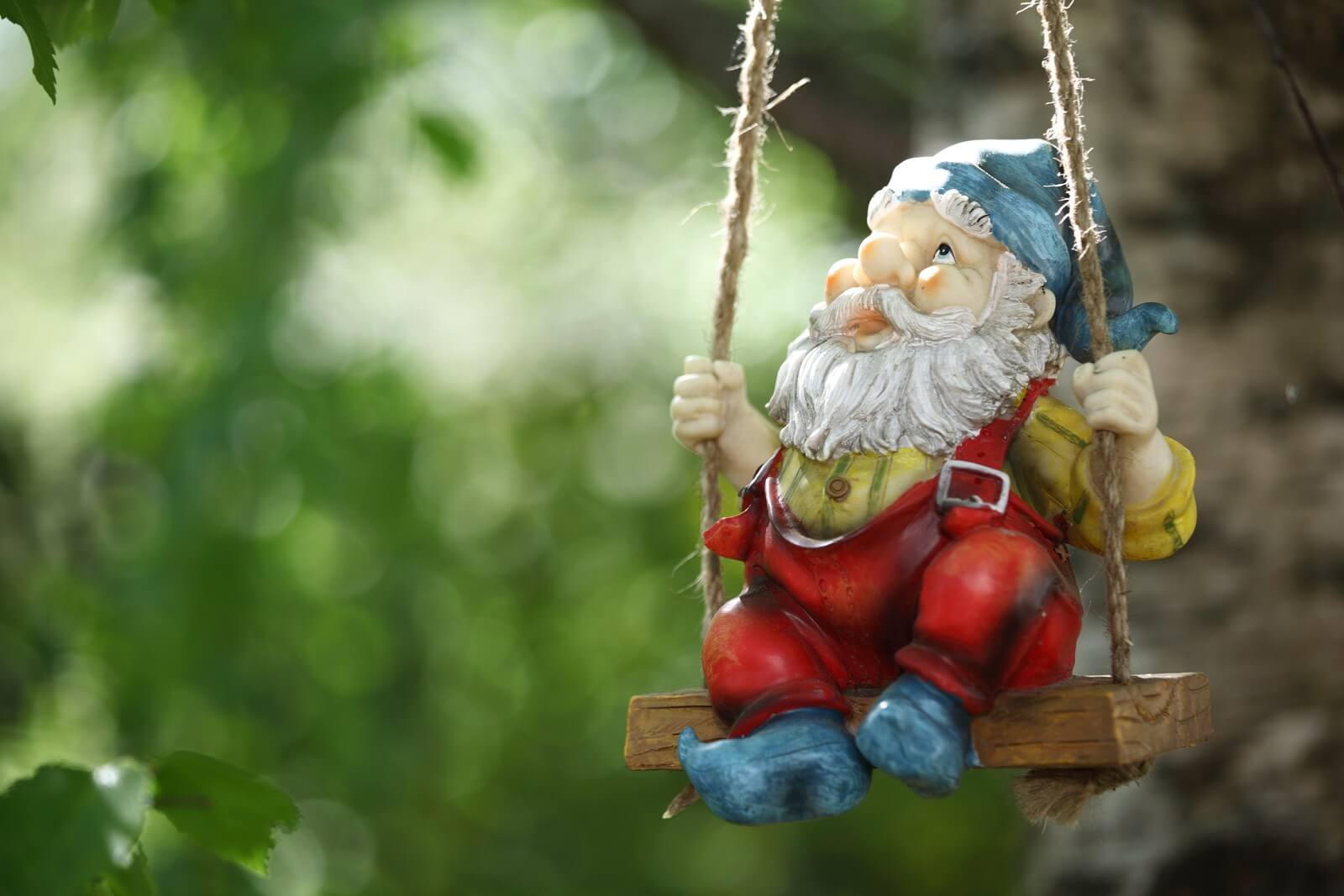 Photo by Yellowj on Shutterstock

Garden gnomes boomed throughout Europe around the turn of the 20th century, but sharply declined following World War II. Since the majority of the sculptures were still being manufactured in Germany, the post-war world took its toll on production and the figurines' popularity.

However, as Europe was rebuilding, the United States was thriving. New communities and landscapes were springing up all over America, and their owners were hungry for design options. Seeing the gnome as a means of adding a gentle personality to the gardens of planned communities such as Levittown, homeowners began to implement gnomes into American gardening. By the 1970s, gnomes had become a staple in gardens across the nation. Many lost their original German roots to American commercialization, taking the form of popular figures such as Santa Claus and the Wizard Merlin. American companies also manufactured female gnomes, a trend never seen in Europe before the war. 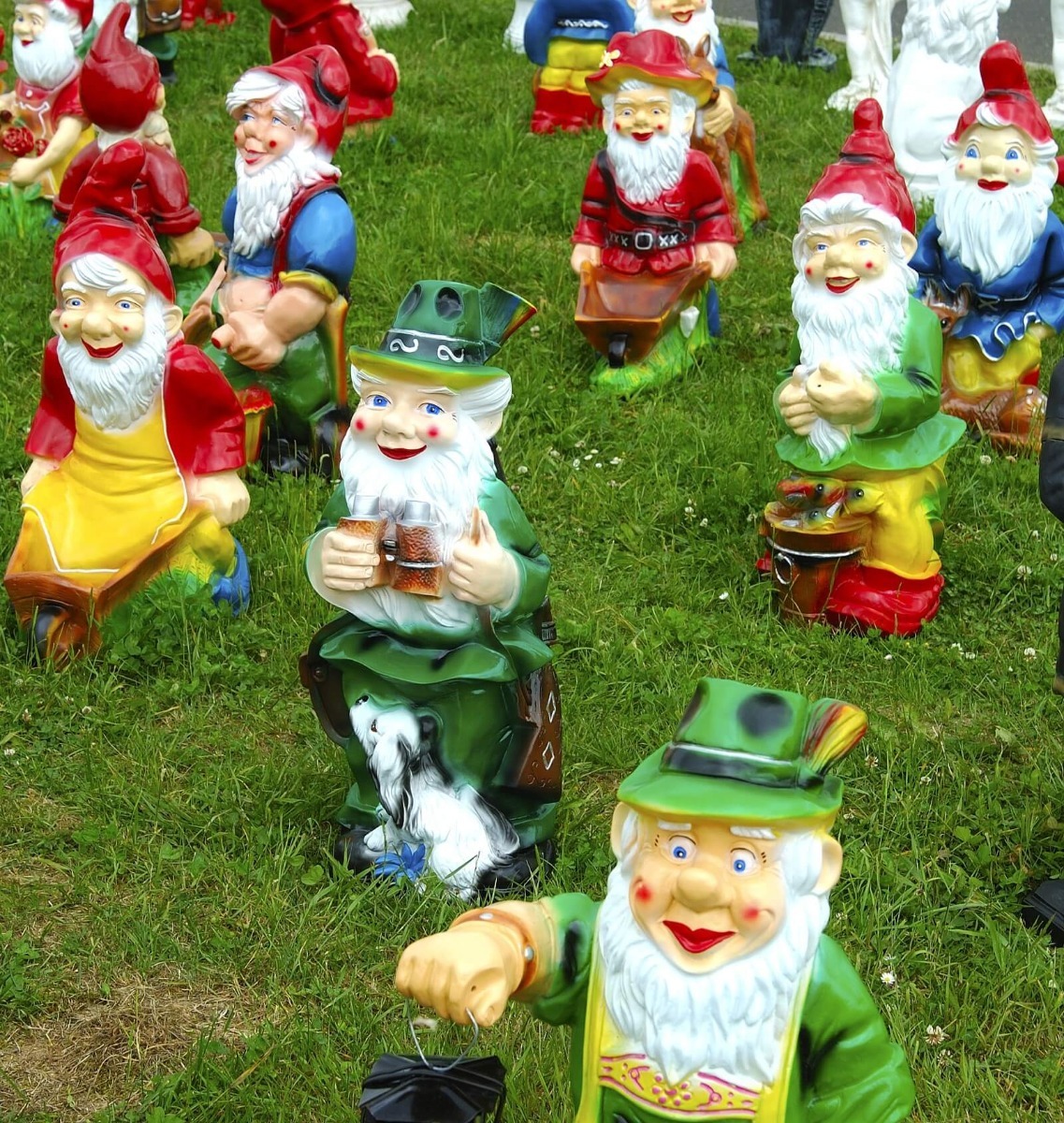 Photo by flashxyz1 on Bigstockphoto

While most of garden gnome history is straightforward, there is a chapter that is particularly unusual. There exists throughout Europe and the Americas a band calling themselves the Gnome Liberation Front who have made it their credo to free gnomes from their garden "captivity." In the 1980s, this group would steal garden gnomes and travel with them around the globe, taking photos of the gnomes visiting famous landmarks like the Statue of Liberty and Big Ben. The traveling gnomes would then be returned to their "masters" with photo albums of their adventures, and occasionally plastered with bumper stickers and memorabilia.

Less adventurous members of the movement advocate a simpler freedom for gnomes, taking them to wooded areas or self-proclaimed "gnome sanctuaries." These gnome liberation groups are mostly found in Europe, the biggest ones in France and Italy. 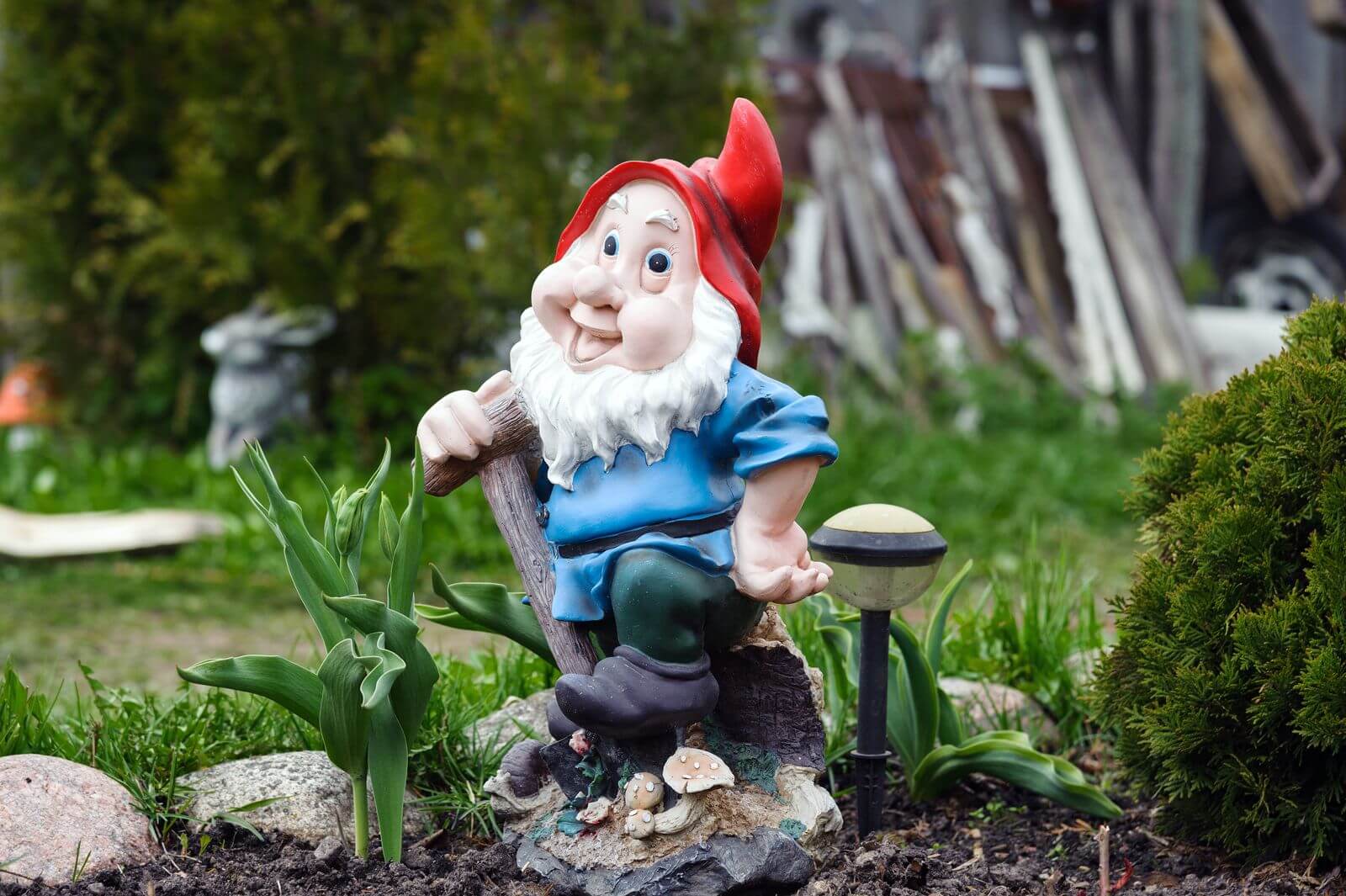 Photo by Vladimir1984 on Shutterstock

With gnomes making a comeback, it's a good time to consider adding these friendly creatures to your garden. Gnomes typically fit best in naturalistic gardens with an emphasis on simplicity and freedom. Perhaps this is why sales are currently on an uptick.  And there is no need to worry about the sustainability of terracotta, as today most garden gnomes are made of more durable materials like polyresin or rubber. Not a gnome person but still want some lawn art? Try an ancient Chinese foo dog, as they're a good substitute for traditional gnomes.

The general rule with garden gnomes, as with any sculpture, is to be tasteful. Find sculptures that match or highlight the established colors of your garden, and don't let the figurines overshadow the real stars of your landscape: the flowers. But if you're looking for a small classic touch, a garden gnome may be just the thing.