An extension cord doesn’t seem like a dangerous object. You plug it into the wall, then plug in your short-corded electronic device, and you’re good to go. Unfortunately, people often use the wrong type of extension cord for the job or use it in a way that creates a safety issue. According to the Consumer Product Safety Commission (CPSC), extension cords cause over 4,000 injuries a year, and 13 percent of those injuries involve young children.

Before you reach for the nearest extension cord to help plug in that lamp or run a leaf blower, familiarize yourself with the intended uses of extension cords and make sure you’re using it correctly so you don’t become a statistic. 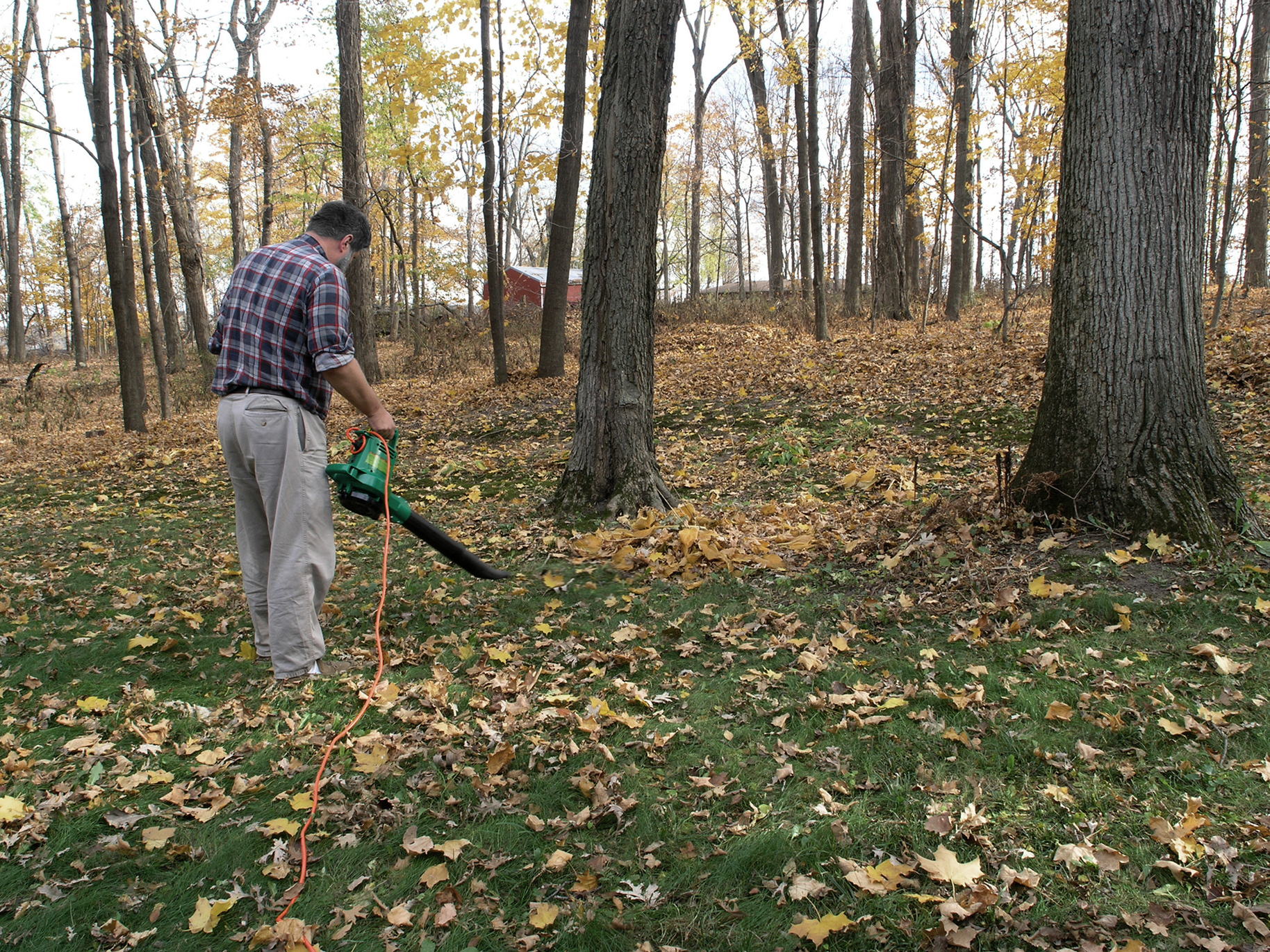 Photo by Photoographer on Dreamstime

An extension cord strung across a floor is an accident waiting to happen. According to the CPSC, half of all extension cord related injuries are the result of someone tripping over an extension cord. If you have to run an extension cord across a room, try to route it along baseboards and behind furniture. Don’t run extension cords under rugs, under furniture, or behind radiators or heaters. As electricity passes through the extension cord, it generates heat which needs to vent to prevent the cord from overheating. Covering a cord can create a fire hazard. 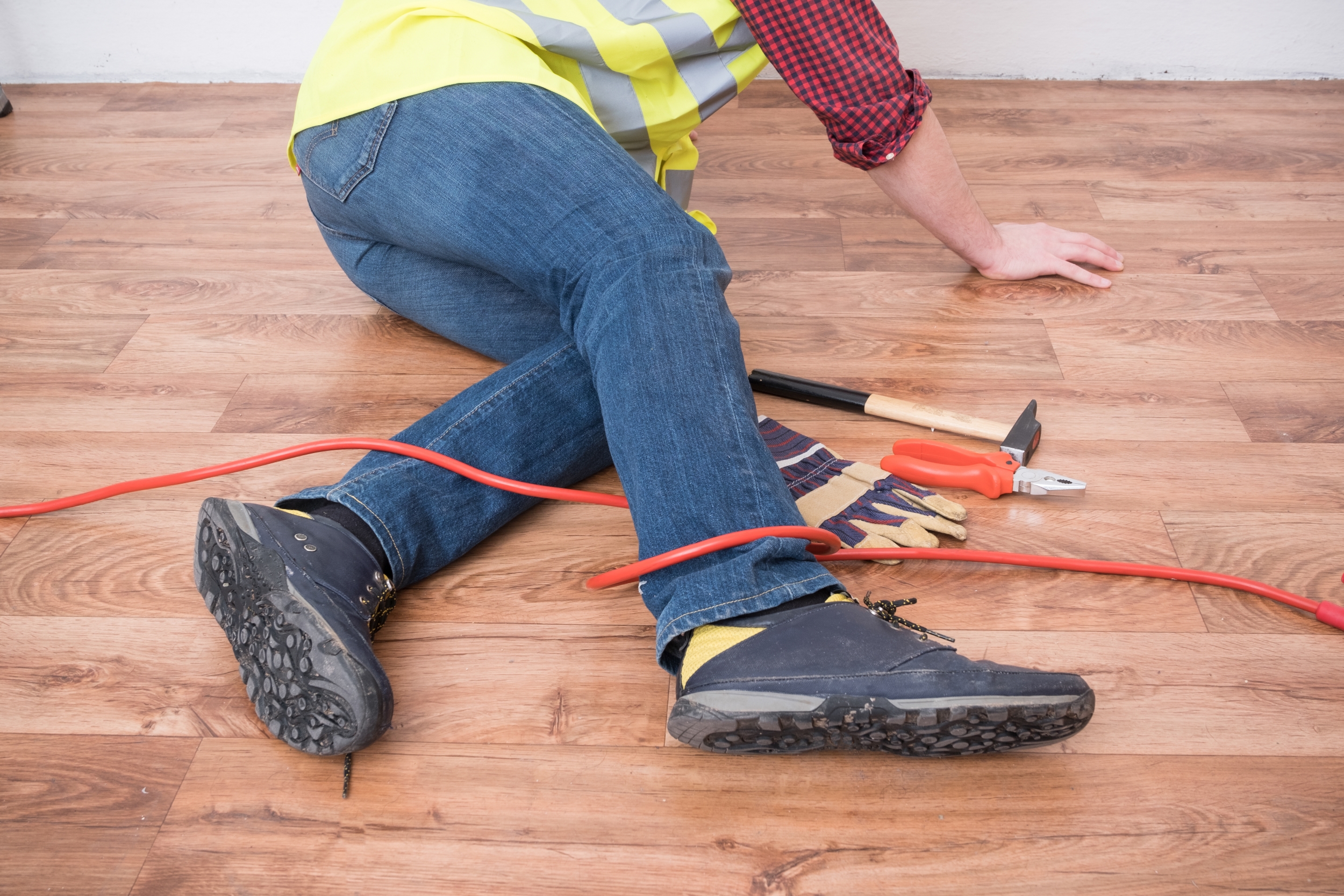 Photo by tommaso79 on Shutterstock

If you absolutely can’t avoid stringing a cord through a high foot-traffic area, try to use a bright colored or contrasting colored cord and make sure it has some slack. An extension cord is meant to be a temporary power source. Unplug the cord and store it away when it’s no longer needed.

The CPSC claims the misuse of extension cords cause approximately 3,300 fires every year. These fires are caused by extension cords short-circuiting, being overloaded, being under a carpet or couch, or being old and/or damaged. You can reduce the risk of an extension cord causing a fire by making sure you’re using the cord correctly.

Avoid thin, bargain-priced extension cords which typically have a low wattage rating. This means the cord can be used with small items, such as a lamp or a fan, but will get very warm if used with larger appliances such as air conditioners, space heaters, or a freezer.

Avoid plugging more than one device into an extension cord. Many have more than one outlet but are not meant to power multiple devices.

Never use a cord that’s cracked or cut. Throw it out.

There are different types of extension cords. Don’t use a light-duty cord for a heavy-duty appliance such as an air conditioner. A heavy-duty cord has a 16 or heavier gauge wire. The lower the number, the thicker the wire and the more electrical current the cord can safely handle. Read the tag on the cord to determine the wattage and amperage the cord is intended for.

Feel the cord after it has been plugged in for awhile. If the cord is hot to the touch, unplug it immediately. 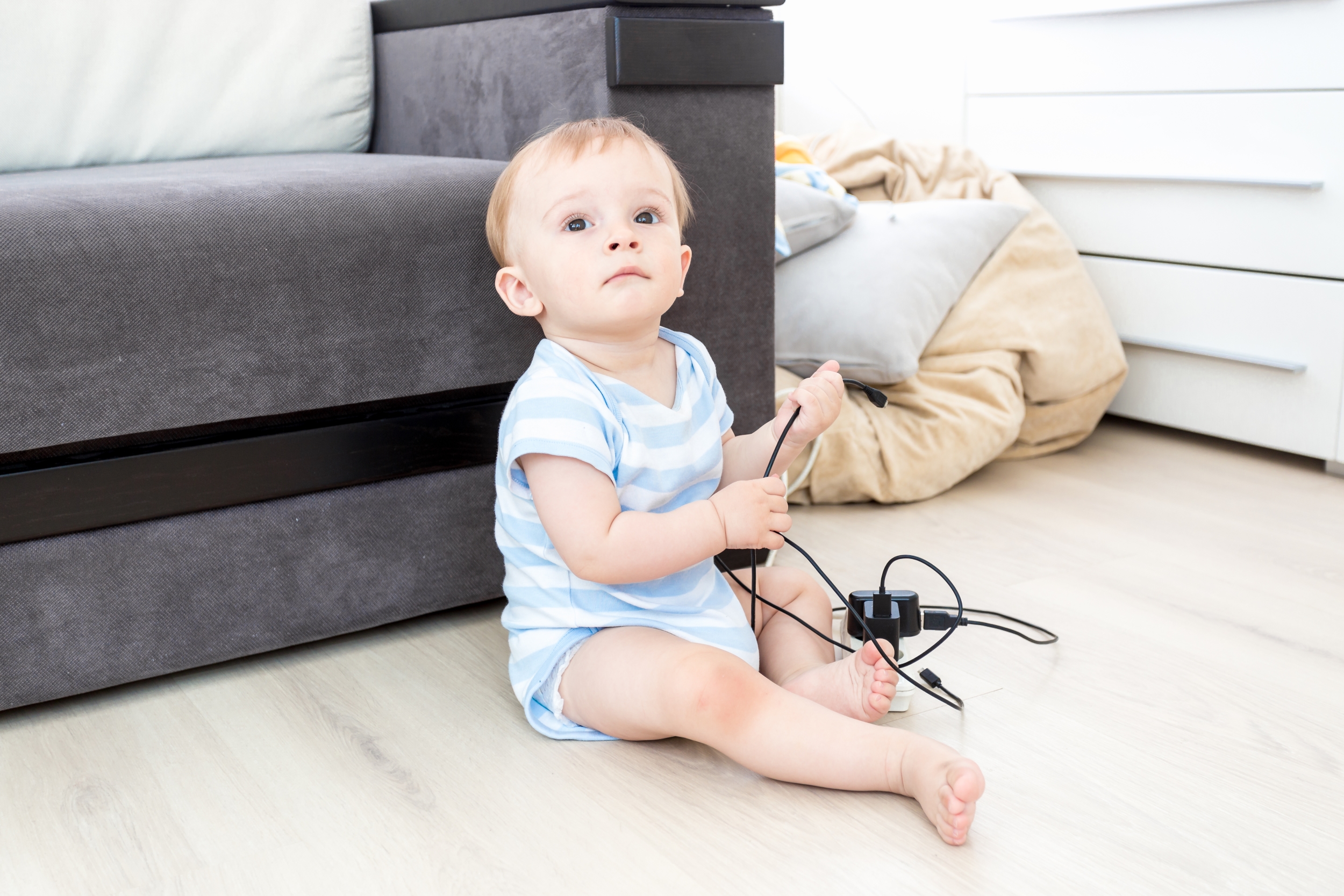 Photo by kryzhov on Shutterstock

Extension cords are made for either indoor or outdoor use. The insulation (covering) of an outdoor extension cord is made of a tough material designed to withstand temperature changes, UV rays, and moisture. You can use an outdoor cord indoors, but never use an indoor cord outdoors. Doing so can result in electric shock and/or fire. 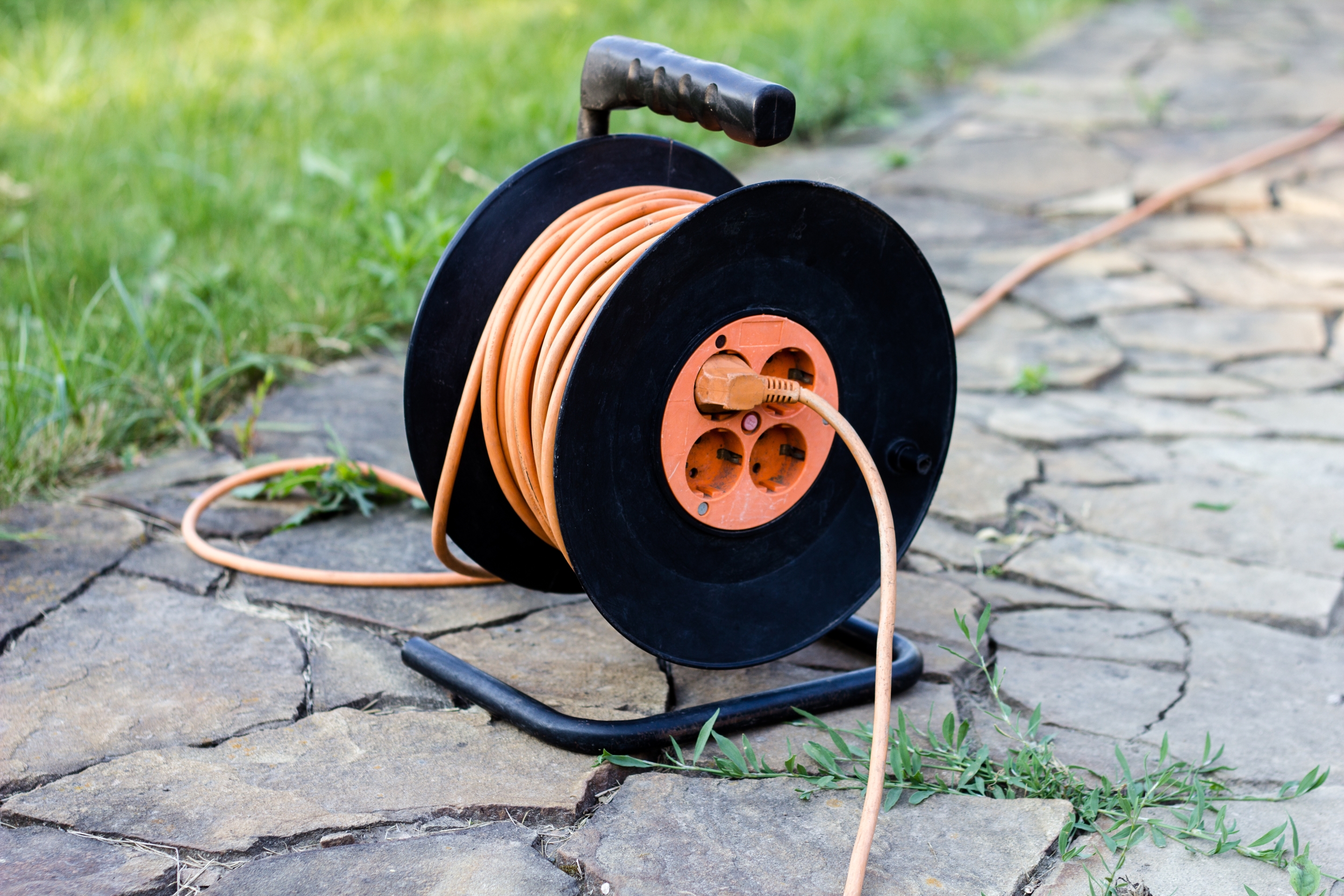 Photo by Lyudmyla Nikolenko on Shutterstock

When buying an extension cord, leave all the safety tags on the cord.

You can remove the store’s price and packaging tags after you’ve bought a cord, but any tag that shows the UL approval along with the amps and wattage rating must stay on the cord. The UL tag indicates that the cord has been safety tested by Underwriters Laboratories and received their approval. Don’t buy an extension cord that does not have a UL tag.

Don’t use an extension cord that has any damage such as cuts, frayed insulation, or exposed wires. Exposed wires can cause fires, burns, and electrical shock. Throw the cord away. Don’t use electrical tape or duct tape to repair the damage. It’s not worth the risk.

Never unplug a power cord of any kind by pulling on the wire. Always use the hardened outlet or plug end to unplug or disconnect an extension or power cord. When not in use, unplug and store an extension cord. As long as the cord is plugged in, it’s conducting electricity and has the potential to be a fire or shock hazard.

Extension cords are meant for temporary use. Try not to make an extension cord a permanent part of a room. If the cords on your electric devices are too short, consider rearranging the room to place lamps and TVs closer to wall outlets. If this isn’t possible, ensure the extension cord is heavy enough to power the device or devices. Check the cord periodically for warmth. Keep the cord against a wall and make sure there’s good airflow all around the cord.

If building a house or adding an addition, don’t skimp on outlets. Think about where you will have lamps, TVs, computers, routers, printers, and anything that requires electricity. Virtual room software allows you to move items around so you can see what the room will look like. Add outlets where they will be most useful so you won’t have to run extension cords. 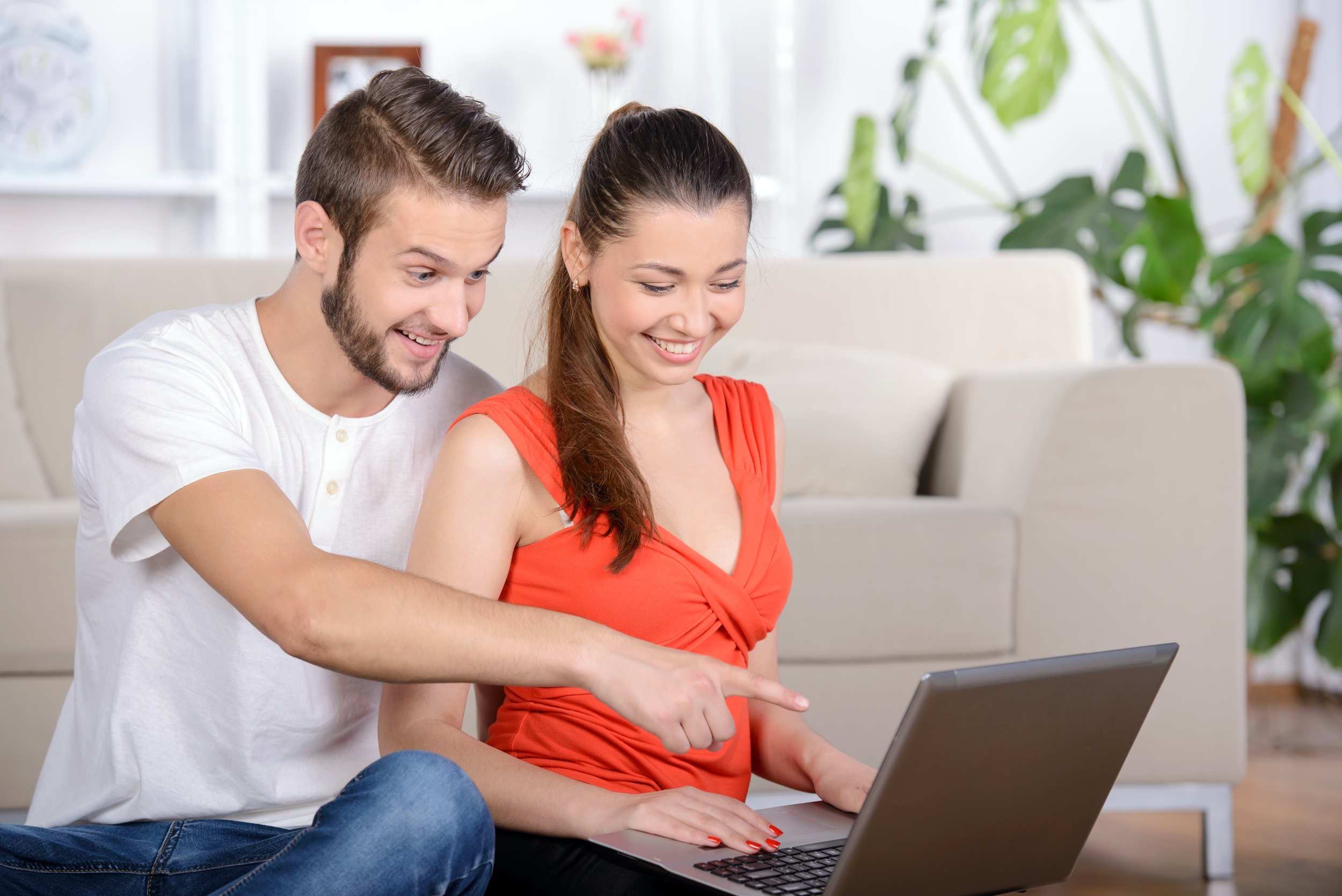 Photo by VGstockstudio on Shutterstock

If there are extension cords running under your couch and along your baseboards, give them a quick check for warmth and see if there’s some way you can eliminate them. An extension cord isn’t meant to be part of your home’s permanent wiring. We all hear about homes burning down due to electrical problems. Don’t let yours be one of them. 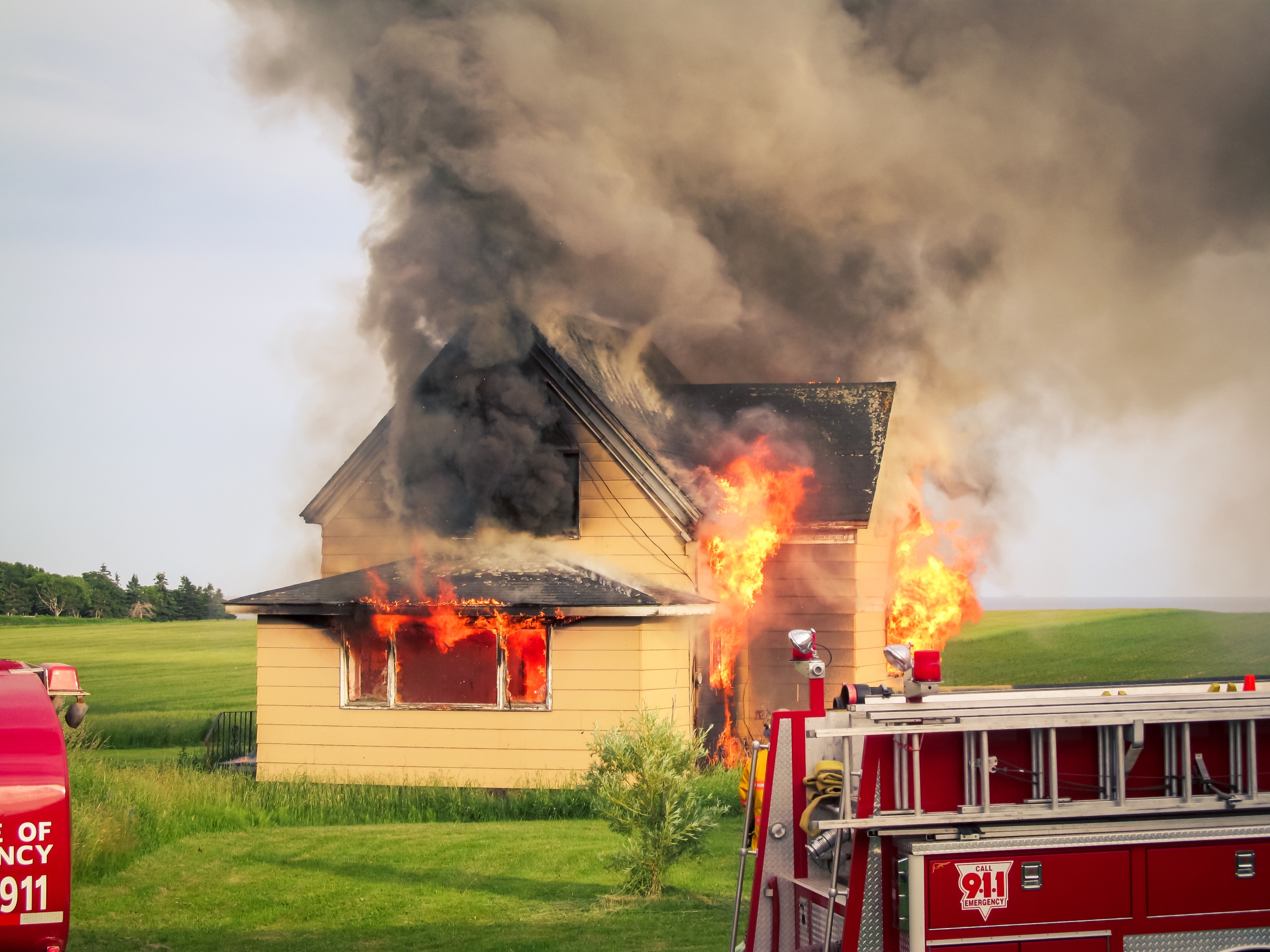 Photo by rusty426 on Shutterstock